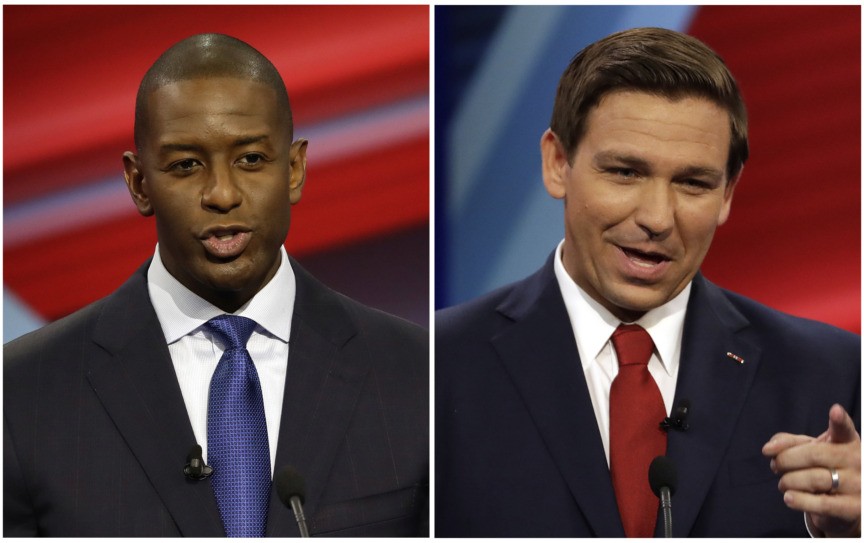 DeSantis maintained that his own economic platform would produce a business-friendly environment that would attract investment and manufacturing, create jobs and work to further leverage Florida’s already competitive tax climate.

Gillum is running on a platform seeking to raise Florida’s corporate tax rate from 5.5 percent to 7.75, representing a forty-percent hike, while DeSantis has pledged to not raise taxes and to maintain Florida’s position as one of the lowest taxed states for residents.

DeSantis posited that Gillum’s tax plan “would kill jobs here in Florida. It would cause businesses to leave Florida.  And it would stop the flow of investment into Florida that we are now witnessing. So it would be a historic mistake.”

The former Congressman said he fears Gillum would “appoint Bernie Sanders-style radicals to all of the agencies in Florida and that would probably be even worse for business than has tax increases, which would obviously be destructive.”

“So it would really be a one-two punch and it would totally stop Florida’s economic momentum,” he added.

Regarding his own economic platform, DeSantis said he will capitalize on Florida’s attractive positon following President Trump’s change in state and local tax (SALT) deductions. He pledged to further “do what we can in terms of eliminating some dumb taxes in Florida, like a business rent tax. I would like to reduce our business tax generally.”

And I think we are looking at a mass migration potentially of financial services into places like Palm Beach and Miami. I think you’re going to see more technology developed in Florida if we keep the climate good and do some of the things I am talking about. And then even manufacturing because I think it would be attractive to expand the manufacturing footprint here.

“None of that will happen if Gillum gets his way,” DeSantis warned.