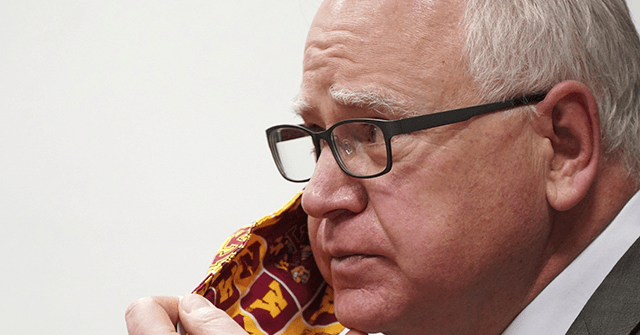 Rich Stanek, a former sheriff, police officer, state legislator, and public safety commissioner, who is running as a Republican in the Minnesota gubernatorial race, told Breitbart News Saturday, “It has become increasingly clear that the current governor of Minnesota [Tim Walz] does not care about protecting Minnesotans,” while crime has risen in the state.

Stanek, who spent nearly 40 years in law enforcement — eventually becoming a captain and running multiple task forces such as gangs, narcotics, robbery, homicide, and more — has a long list of accomplishments. He served as sheriff in Hennepin County, was elected to the Minnesota Legislature while working in law enforcement, served in the last Republican governor’s cabinet as the Commissioner of Public Safety, and helped bring crime down by 40 percent in the state.

With all of Stanek’s accomplishments, he is running for governor because he believes he can do something to protect Minnesotans after Walz has left them behind. Stanek said he could win elections based on his “experience and ability” and knowing how to work with voters.

He said that last year cities across the state recorded their highest murder rate, and car burglaries are up 60 percent.

“The city of St. Paul just had their highest murder rates recorded ever at the end of 2021. Minneapolis had tied their highest murder rate at 97 murders at the end of 2021. Exponential increases from where they’ve been over the last 12 plus years,” he said. “Carjackings in Minneapolis, up 60 percent over the last year, 640 of them versus 388. Seventy-five percent of the people arrested are repeat offenders.”

“It’s a three-legged stool: police, prosecutors, judges. All three have to be in sync. All three have to work together. All three are equally accountable. You can hold the police accountable for what they do and the actions they take,” he said regarding his opinion on how to take care of the crime. “But you can’t do it in a vacuum. You also have to have prosecutors and judges. And you can’t have the defund movement of local law enforcement like we saw just a few months ago.”

Stanek said he has a great understanding of the resources at the governor’s disposal and how to help cities, counties, and municipalities across the state because he was the Commissioner of Public Safety under the last Republican governor.

“I have friends who are men and women serving in law enforcement today that are willing to stand in that breach every single day. They serve proudly. They do a good job. And it’s our job to continue to support them. As the governor of the state of Minnesota, I will be there for them,” Stanek explained. “I’ll support them every single day. I’ll demand accountability. I’ll demand that they do the job right, but we will support them.”