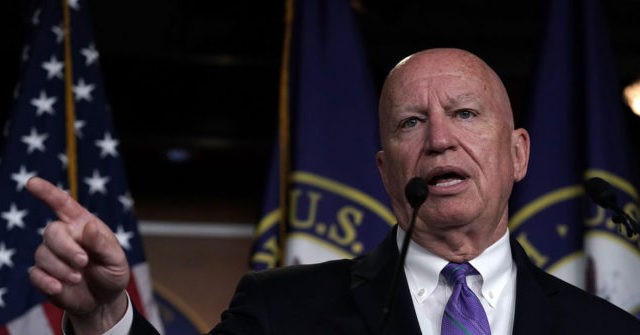 The proposal is marketed as an “infrastructure bill” by Democrats and left-wing news media in response to economic hardship blamed on the coronavirus outbreak. The White House’s “Fact Sheet” on the “American Jobs Plan” makes no mention of economic ruin wrought by government-driven lockdown and shutdown decrees.

“This [bill] makes America one of the worst in competition, and is really a race to the bottom of jobs and growth,” he said.

Brady added, “What [Joe Biden’s] proposing is to make America’s tax rate worse, making it worse than China’s and equal to Syria and France, not exactly the economic neighbors America deserves to be part of. We will be dead last in the world among our developing competitors. So, China, Japan, Europe, Canada are cheering this move, because President Biden voluntarily severely weakened America’s competitiveness.”

“I predict we’ll see a second wave of American jobs and companies moving overseas,” Brady warned. “The first wave being during the Obama-Biden administration, and I think you’ll see a reversal of President Trump’s policies. As you know, because we lowered tax rates for families and for businesses, redesigned the [tax] code, so American companies can compete and win anywhere in the world. What we saw was a stop to American companies moving overseas with their jobs.”

Brady said the Biden administration is advancing a “socialist agenda” with its proposal under the guise of infrastructure development.

Brady added, “What won’t be sold is how many American jobs are at risk, because … this is a $2 trillion tax increase, the largest in half century. [Biden’s] imposing it on local job creators as we’re trying to recover from this pandemic on the very businesses we want to rehire, and there’s no question that this will drive American jobs overseas, and at the end of the day, it’s not the corporations that’ll pay. It is their workers [who] will see flatter paychecks, thinner benefits, and beginning the risk of seeing their jobs going away.”

Brady noted the Biden administration’s proposal pushes policies akin to the “Green New Deal,” which Democrats and the broader left frame as an effort to combat “climate change” and “global warming” through restrictions on fossil fuel consumption.

“[Biden] targeted America’s energy jobs again with tax increases,” he remarked. “You don’t read much about it, but he’s trying to put out business the smallest of the small local energy producers, people who only develop 15 barrels of oil a day and those 12 million royalty owners — seniors over 60, widowed — they get about $500 a month to supplements Social Security through this. They’re all getting hammered because the president’s tax increases.”