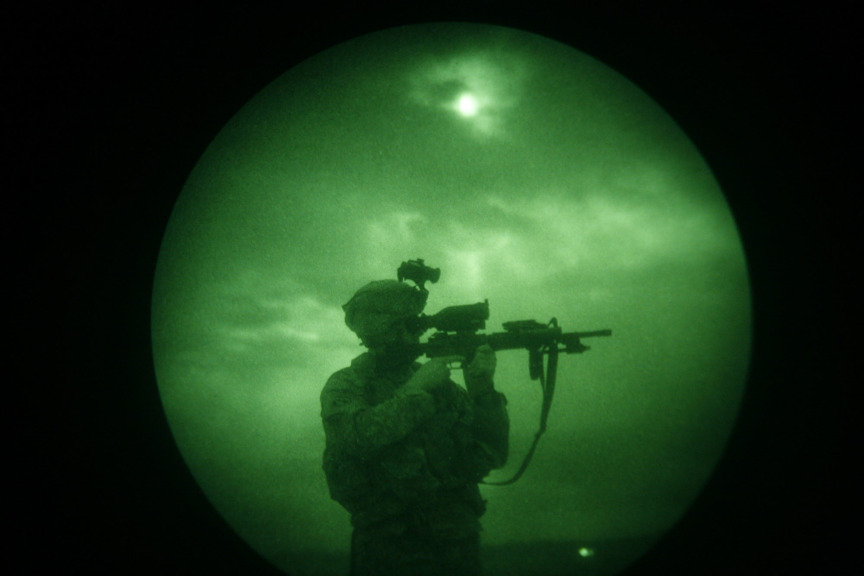 Rep. Ken Buck (R-CO), a member of the House Freedom Caucus, told Breitbart News recently that U.S. military generals tell him and other members of Congress that Afghanistan is a “stalemate.”

“The generals speak to us without any political agenda, and so we get a very clear picture from the generals that we won’t get from the civilian side, and I’ve been here with the Obama administration and the Trump administration,” he said in a brief interview after speaking at a foreign policy conference last Thursday.

Asked what generals say about Afghanistan, he responded, “I think the best assessment that we get is it is a stalemate right now.”

That remark — though not attributed to specific generals — contrasts with more optimistic public statements that the U.S. strategy in Afghanistan is working to bring the Taliban to the negotiation table.

As recently as last month, U.S. Central Command Commander Army Gen. Joseph Votel told reporters at a Pentagon briefing, “This strategy is sound and it is working, whereas the Taliban’s strategy of waiting us out is an untenable one.”

“I believe the strategy is working,” Army Gen. John Nicholson told reporters during his last briefing as the U.S. commander of the Afghan War in August.

Military officials argue progress is not all about the military dimension. They say the Trump administration’s strategy — which got rid of any timeline for withdrawal — has unleashed “social” and “religious” pressure, as shown by the country’s first nationwide ceasefire in 17 years earlier this year, a peace march in Afghanistan, and calls for peace from Muslims leaders in other countries.

Gen. Joseph Dunford, chairman of the Joint Chiefs of Staff, acknowledged last week that the Taliban are “not losing right now” and that not much has changed since he called Afghanistan a “stalemate” a year ago, but said the Taliban “know” they will eventually have to reconcile.

“They are not losing right now. I think that is a fair statement, and we used the term stalemate a year ago, and relatively speaking, it hasn’t changed much. But without going into any detail here, we do believe that the Taliban know that at some point they have to reconcile,” he said at the Halifax International Security Forum in Nova Scotia.

What we’ve got to continue to do is apply increasing pressure — militarily, and when I talk about social and religious pressure I’m talking about the fatwas that came out of Indonesia, the fatwas that came out of Saudi Arabia, the fatwas out of Pakistan that created some pressure, the elections that just took place — largely successful and less violent than some people predicted, and I think the political transition in 2019 will also be critical in putting pressure on the Taliban.

“The key to success is to combine all that pressure to incentivize the Taliban for again, that Afghan-owned, Afghan-led reconciliation process, and while there’s much going on in that regard below the surface, I think we’re a long way from where we can say that we’re on the right path,” he said.

Some experts are not as convinced that the Taliban “know” they have to reconcile.

“Why do they believe this? What Taliban have said this publicly? Those are the questions that need to be asked,” said Bill Roggio, senior fellow at the Foundation for Defense of Democracies and managing editor of The Long War Journal. He argued that the Taliban actually have the initiative.

“A stalemate is a win for an insurgent,” he said in an interview. “They’re on the offensive … . The Afghan security forces are taking casualties at a higher rate than at any point in time, the casualties are occurring primarily on Afghan military bases, police outposts, so the Taliban are often taking the fight to them, often killing them, or overrunning bases, just at a staggering level.”

A U.S. government watchdog report published this week gave credence to the idea of a stalemate, assessing there was “little change” in the security situation, and “little clear progress” towards reconciliation between July and September.

“In public statements, diplomatic and military leaders emphasized that progress towards the goals of the South Asia strategy is being made. However, available measures of security in Afghanistan, including total security incidents, population control, and civilian casualties, showed little change,” it said.

“Despite continued efforts and activities, there was little clear progress toward reconciliation during the quarter,” it added.

Other experts disagree with using the term “stalemate” to describe Afghanistan.

James Carafano, vice president of the Kathryn and Shelby Cullom Davis Institute for National Security and Foreign Policy, said the U.S. has two interests in Afghanistan — that it does not become a “terrorist Disneyworld” and that it does not destabilize the entire region and threaten stability in India.

And, he added, “A stalemate means the Taliban are not winning.”

There are signs the U.S. has stepped up engagement with the Taliban, but it is not clear how much progress is being made. In September, President Trump appointed former U.S. official Zalmay Khalilzad to spearhead peace efforts.

According to recent reports and statements, Khalilzad met with Taliban representatives in Doha, Qatar, last weekend.

“The Afghan government wants peace,” he said Sunday from Kabul. “The Taliban are saying they do not believe they can succeed militarily, that they would like to see the problems that remain, resolved by peaceful means, by political negotiations.”

The Taliban put out a statement on Monday that said there were preliminary talks but no agreement was reached on any issue.

The Taliban are reporting sticking to their demands before any peace talks with the Afghan government can begin: the lifting of sanctions against its leaders, releasing Taliban prisoners, recognizing their political office in Qatar, and U.S. forces leaving Afghanistan.

On Wednesday, Mattis said Khalilzad is “acting energetically to engage with Saudi help, United Arab Emirates help, and Qatari help, to get the reconciliation talks going.”

He said in regards to a suicide attack in Kabul this week that killed 50 people that every time peace efforts start picking up momentum, there are efforts to derail them

“Every time you see a — one of these kind of, I’d call it an irregular fight, and the efforts for peace start picking up momentum, whether it be the FARC in Colombia, the Provo IRA in Ireland, or terrorists, they will — they will sense they’ve got to do something to derail it. It’s absolutely essential we keep the peace talks going,” he added.

Asked whether the efforts are picking up momentum, he said he did not want to characterize the talks, which are State Department-led.

“I would just say they’re an active — there — there’s an active effort underway, and it includes folks from the Taliban side.”