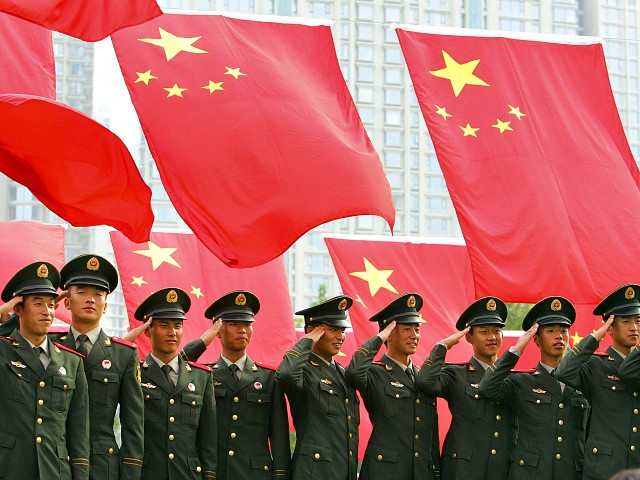 Rep. Jim Banks (R-IN) warned in a recent interview with Breitbart News that if the Pentagon does not innovate beginning now, the U.S. military will not be able to win a future war with China.

“Our report seeks to be a wakeup call that the Department of Defense has to change its focus and its attitude to compete with China,” he said.

Banks, a Navy veteran, along with Rep. Seth Moulton (D-MA), a Marine veteran, teamed up as co-chairs of a congressional task force named the Future of Defense Task Force to study what the Pentagon needs to do to be ready and win future wars and released their final report this week.

What they found was alarming: The U.S. is already behind China and other adversaries on emerging technologies such as artificial intelligence (AI), autonomous systems, biotechnology, quantum computing, and space, cyber, and electronic warfare.

“The future of war is going to look a lot more like an operating system than a chessboard — because of emerging technologies, AI; because our adversaries already generated the type of innovation — China most specifically — that so far the United states hasn’t kept up with,” he said.

Banks said future wars will be fought with autonomous systems — or drones, and China is already far outpacing the U.S. He said:

We like fighter pilots and fighter jets and Navy captains and commanders at sea, but the future of war is going to be a lot less of that and a lot more autonomy.

While China is forging ahead, the Pentagon is stuck with old thinking that prioritizes manned systems and penalizes innovation, and a slow and broken acquisition system that makes it difficult to harness innovation in the private sector, he said.

He said the task force found that the Pentagon already has the authorities and programs it needs to innovate, such as the Defense Innovation Unit and the Joint Artificial Intelligence Center. However, he said, old attitudes persist among its leadership.

“Unfortunately, the leadership at the Pentagon has fallen short of taking advantage of those authorizations and pushing forward with demanding the type of innovation that we need,” he said.

He praised the administration’s National Defense Strategy released in 2018 that prioritized China over the Middle East, but said since then, leadership on innovation has been lacking.

On current Defense Secretary Mark Esper, he said, “I have yet to hear the secretary talk clearly and vocally about innovation and emerging technologies, I know he’s got a lot on his plate, but it starts with the secretary.”

The task force was bipartisan and its final report has been endorsed by Democratic and Republican leadership on the House Armed Services Committee.