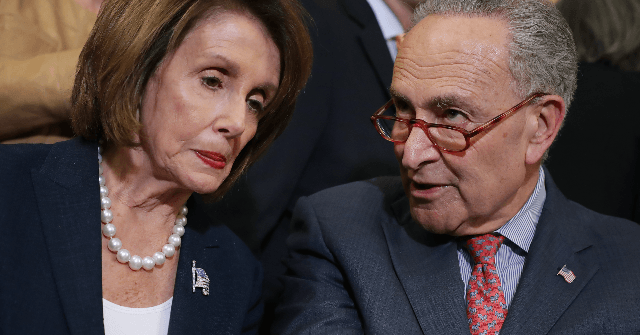 Norman spoke with Breitbart News Daily guest host Matthew Boyle regarding how Democrats have controlled the House for roughly 130 days and have yet to pass any substantial legislation and instead only focus on investigation Trump and his administration.

Congressman Norman asked rhetorically, “We’ve been up there 130 days and what do we have to show for it? Not anything. It just boils back down to they savor getting the White House back in 2020. Anything that gives this president a win they’re against.”

Norman then said that Pelosi and Schumer “have no interest in doing anything substantial for the American people, and I think the people see it ’cause it’s such a waste of time.”

Breitbart News Daily guest host Boyle noted that the Democrats have declined to move forward on bipartisan issues such as infrastructure or paid family leave and instead have focused on “impeachment over policy” and “power over solutions.”

Rep. Norman said that Pelosi faces an increasingly divided House, where many Democrats want to move forward on impeaching Trump, while other Democrats merely want to investigate the Trump administration.

“The American people deserve better than this, and yes, she’s [Pelosi] got a fractured party,” the South Carolina Republican said.

Norman said that if Democrats move forward on impeaching President Trump, Democrats “will fracture the country.”