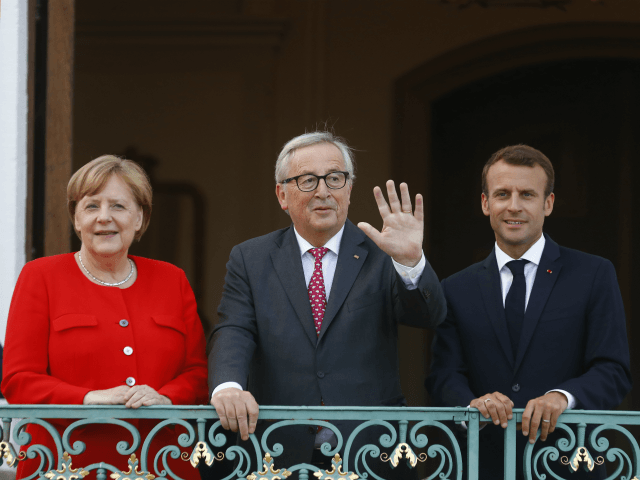 Populist Alternative for Germany (AfD) MP Petr Bystron has slammed the European Union’s current attitude towards Brexit, saying the union has acted like the failed Warsaw Pact once led by the former Soviet Union (USSR).

Bystron made his comments ahead of the no-confidence vote in UK Prime Minister Theresa May on Wednesday and following the UK leader’s meeting with German Chancellor Angela Merkel in Berlin telling Breitbart London, “The fact the British Prime Minister had to beg for concessions from the German Chancellor made it very clear what has become of this EU and who is calling the shots.”

Bystron speculated that seeing Ms May “lobbying in Berlin to regain her nation’s sovereignty” may have been too much for Members of Parliament and could have been a factor in the confidence vote being called.

The German MP said, “…the unhelpful attitude in Berlin and Brussels” was to blame for the British Prime Minister’s difficult position.

As Brexit Rebels Force Vote of No Confidence, May Loyalists Cheer PM Into Chamber https://t.co/cAt13OwlGk

Accusing the European Union of using the UK as an example to scare other member states from leaving the bloc, Bystron said, “The struggling, crisis-wracked EU is behaving like the Warsaw Pact in its final days. An organisation which has to intimidate, threaten, or even punish its members to keep them from leaving is surely doomed.”

While he labelled a possible second referendum as something “to undermine the sovereign decision of the British people,” he lamented that a no deal Brexit would negatively affect Germany’s economy as well.

“Both would be fatal signs for the future of the EU. Angela Merkel and Jean-Claude Juncker are largely to blame for this turn of events, with their stubborn, destructive, and anti-European attitude,” he said.

Bystron, who acts as the spokesman for the AfD on the Foreign Policy Committee of the German Bundestag, has previously slammed  Chancellor Merkel’s attitude for Brexit negotiation failures saying, “Theresa May’s tragic failure is in large part due to the intransigent attitude of the Berlin government under Angela Merkel, who refused to negotiate constructively with the British government.”

The AfD MP has also been a staunch opponent of mass migration and migrant transport NGOs in Germany and, along with other MPs, signed a document demanding the arrest of NGO activists on charges of people smuggling.