Police in Bristol took a “light touch” as around 1,500 leftist protesters took to the streets again on Saturday to demonstrate against the government’s proposed Police and Crime Bill.

The #KillTheBill protest saw a combination of Extinction Rebellion and Black Bloc protesters march through the streets of Bristol, climbing on bus stations, holding a makeshift drunken rave in the city centre, and even briefly blocking traffic on the M32 motorway. 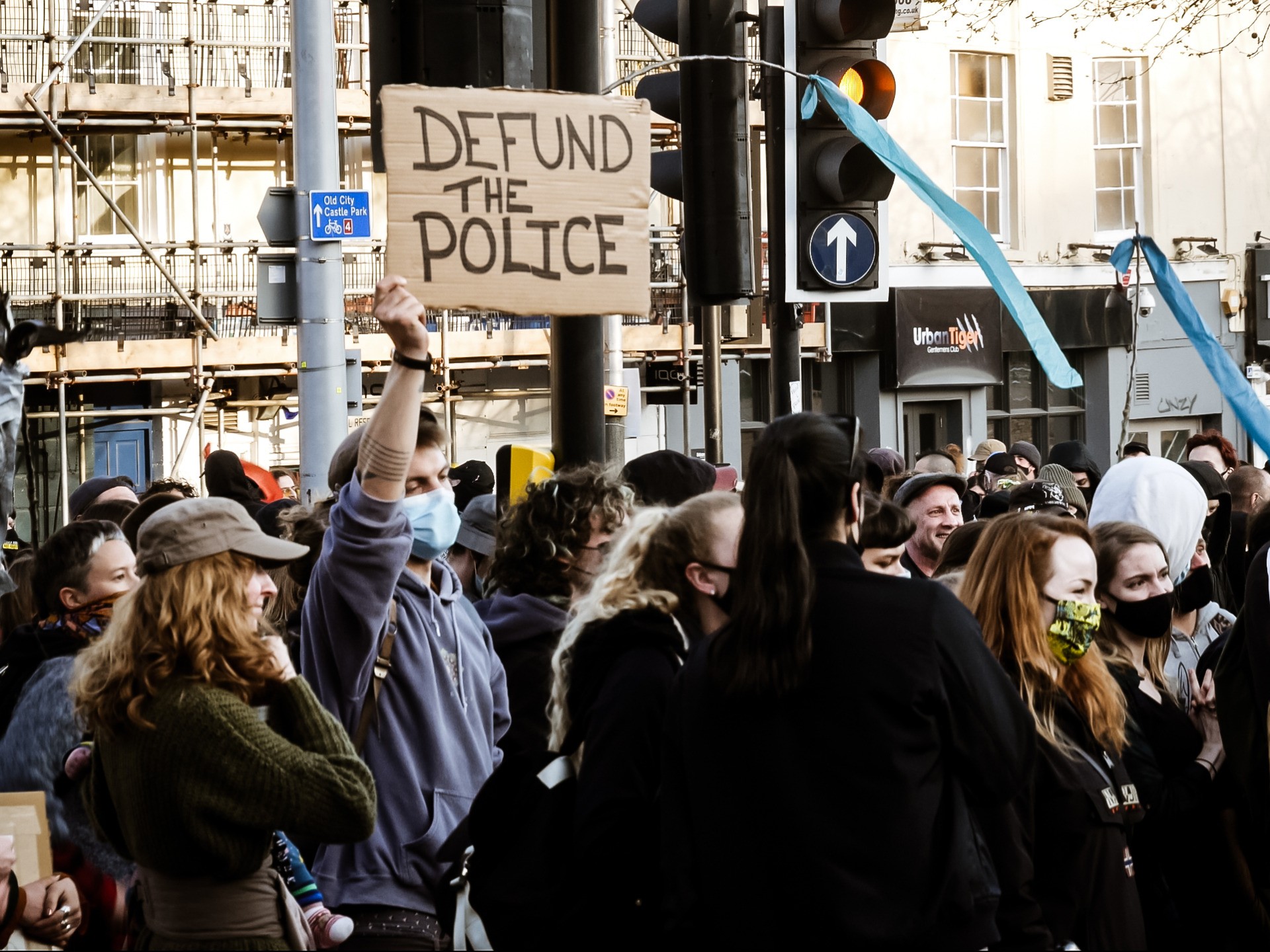 A protester holds up a ‘defund the police’ placard during a #KillTheBill protest on Saturday, April 3, 2020. (Kurt Zindulka, Breitbart News)

Protesters held signs calling for the defunding of the police and chanted “dogs in uniforms off our streets”.

The local paper, the Bristol Post, reported that during a police briefing prior to the protest, officers were told to take a “light touch” during the demonstration, with 220 riot officers and K9 units remaining unused. 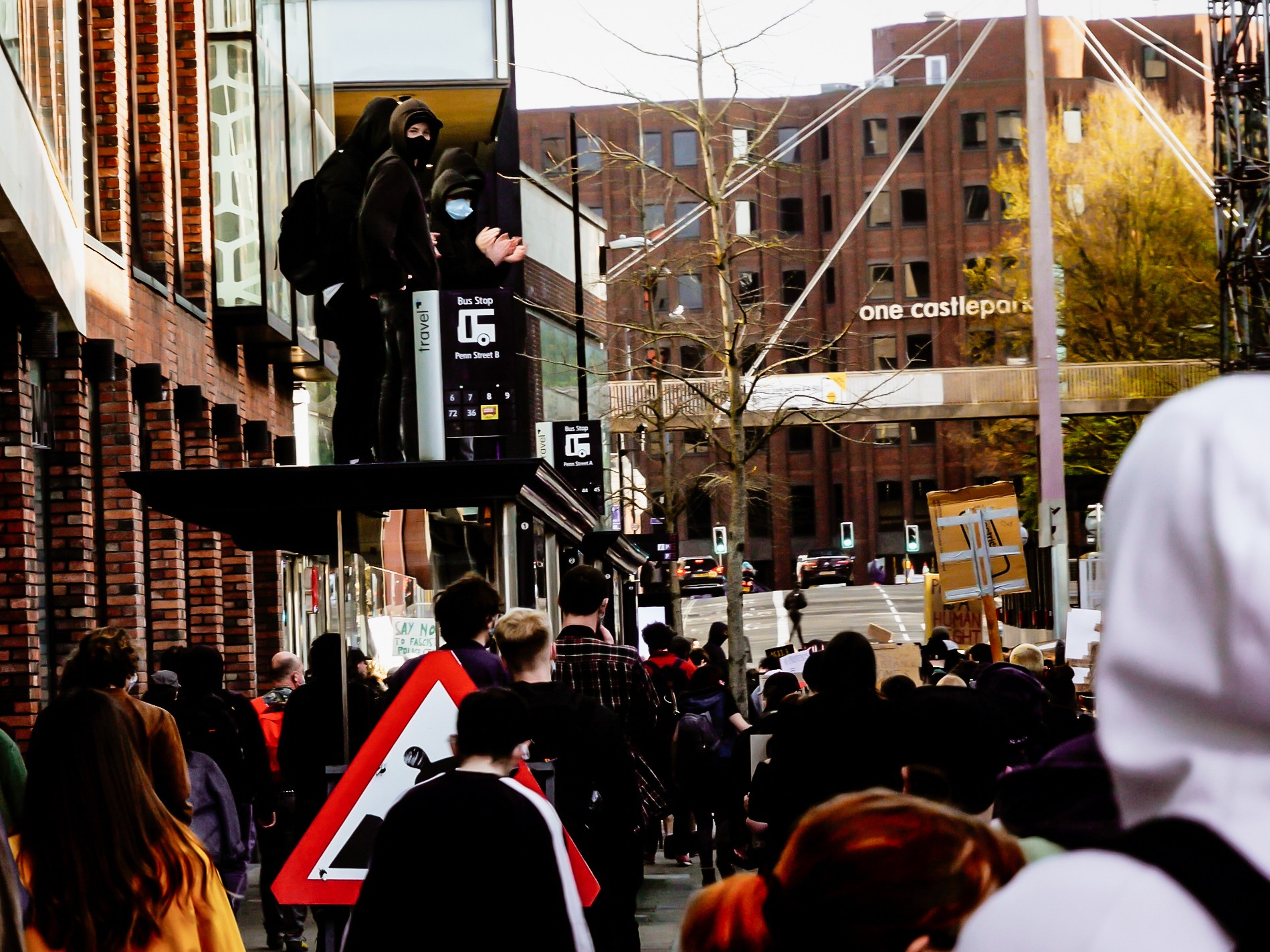 The protest began at 4 p.m. when the leftists began to gather on College Green before marching through the city centre, ultimately gathering by the statue of parliamentarian and conservative philosopher Sir Edmund Burke, where they staged a mini rave, with many drinking beers and smoking cannabis.

During the two hours of partying — in clear defiance of coronavirus restrictions — the police simply stood by and watched, as when they allowed Black Lives Matter rioters to destroy a historic statue last year.

The protesters then began to march again, passing by the Bridewell Police station, the site of two violent demonstrations in previous weeks. 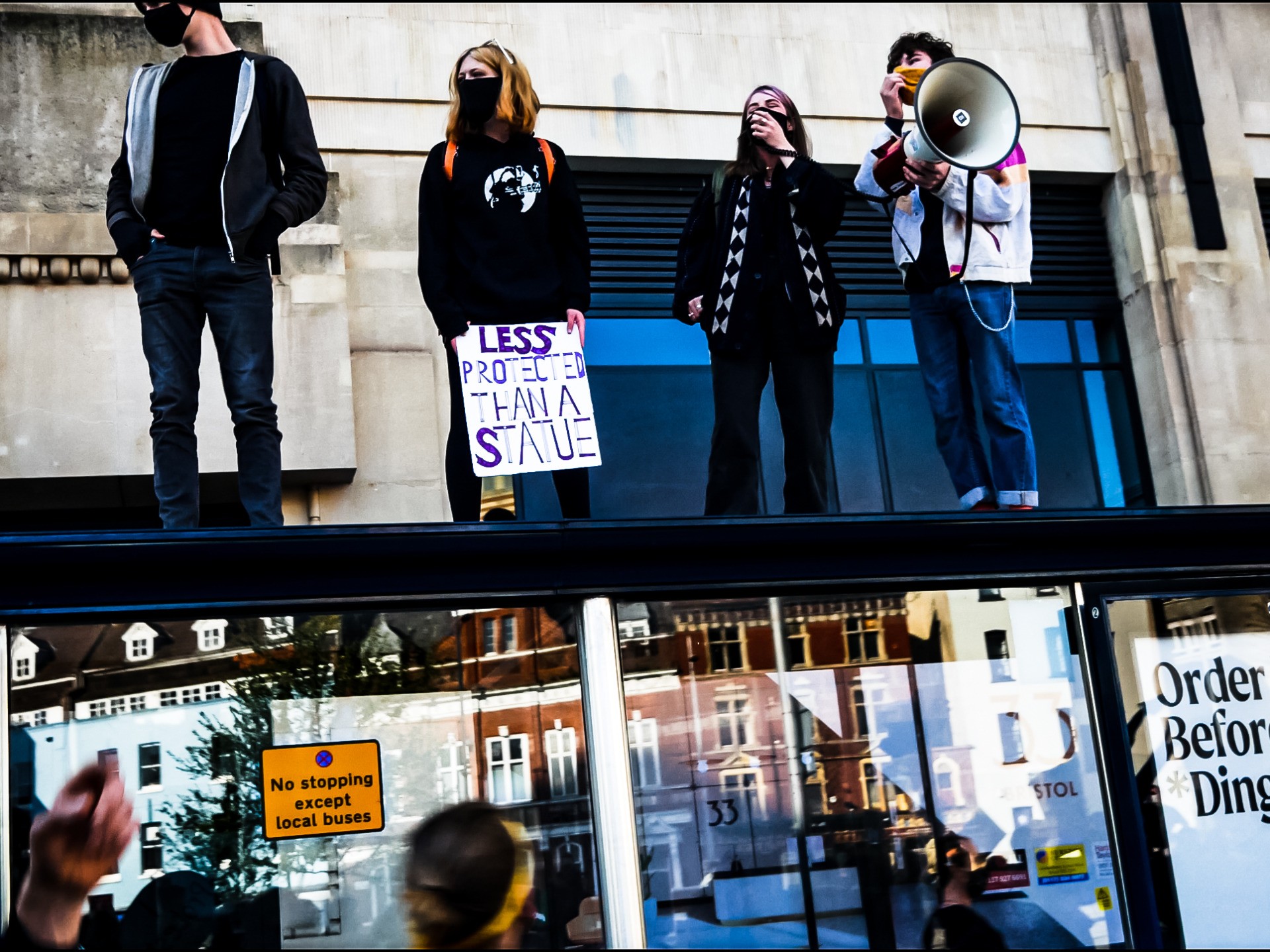 The march continued on to the M32 motorway, where masked protesters sat on both sides of the highway, obstructing traffic, as several police vans and dozens of officers stood by and watched.

In a statement, Superintendent Mark Runacres of the local Avon and Summerset police force said: “Policing protests is always difficult in that we have to balance the rights of protestors with other members of the public.

“At times a relatively small group of people did cause significant disruption to motorists as they marched through Bristol and onto the motorway and I understand the frustration that would’ve caused.

“Our priority is always the safety of the public and like all incidents, we evaluated every action the protestors took based on the threat, harm and risk they posed to themselves and to others.

“Dispersing protestors while they were on a live carriageway presented an unacceptable risk and the safest thing to do was to allow the protest to run its course.” 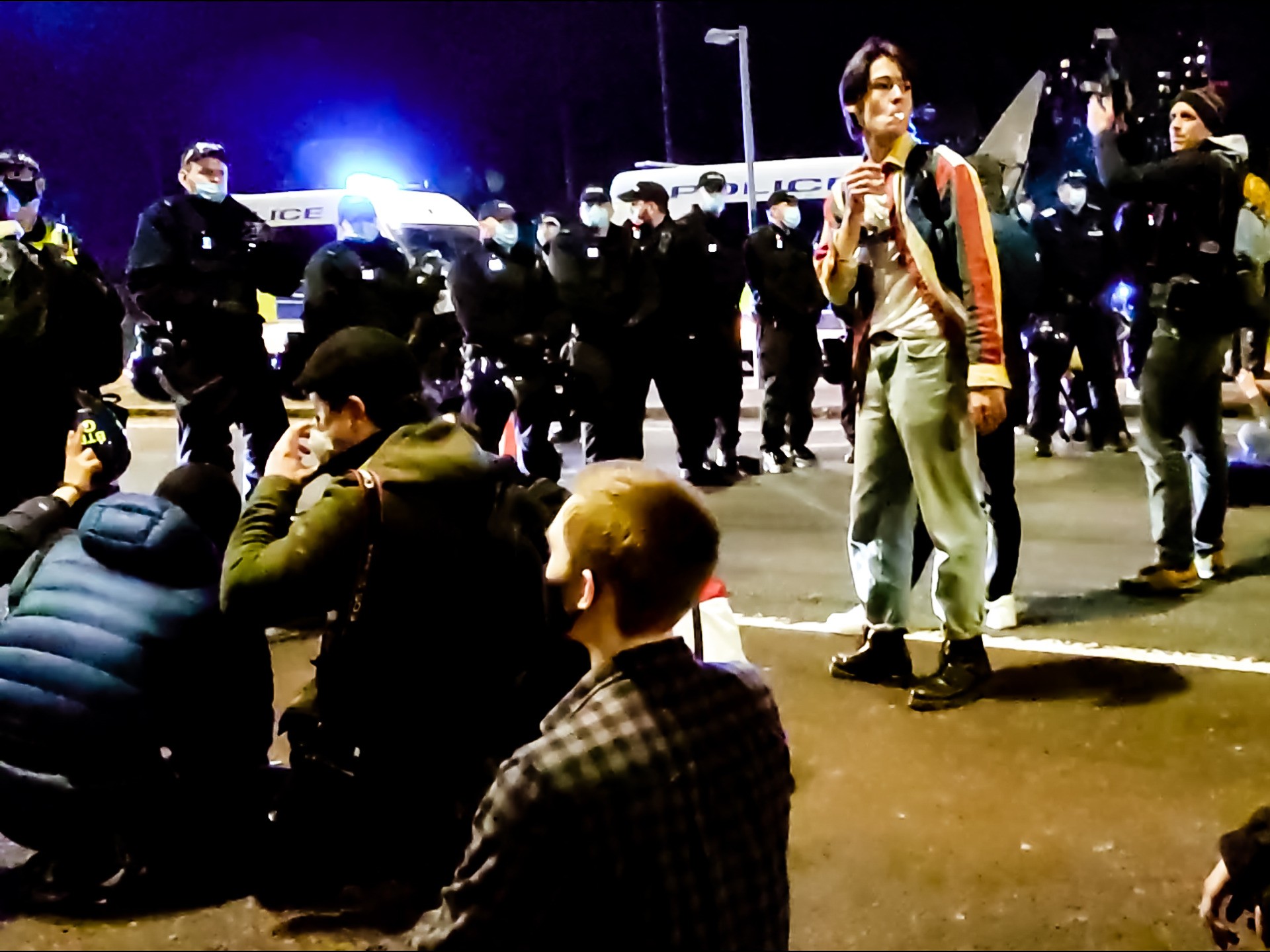 In the early hours of the morning, police arrested seven straggling protesters who continued to obstruct roads in the city centre.

“It’s disappointing that once again there were those who refused to listen to our requests to leave and that we had to make arrests,” Supt Runacres said.

Protests against the government’s planned policing bill — which would heavily curtail protesting rights in Britain — were held in cities across the country on Saturday, with the largest demo in London also seeing leftist agitators shut down roads and square off with police.