A group of Gulf Cartel gunmen and police forces clashed in the streets of the capital of the Mexican border state of Tamaulipas causing panic among locals. A gunman carjacked a local woman while trying to flee and gunfire struck an innocent bystander during the clash. 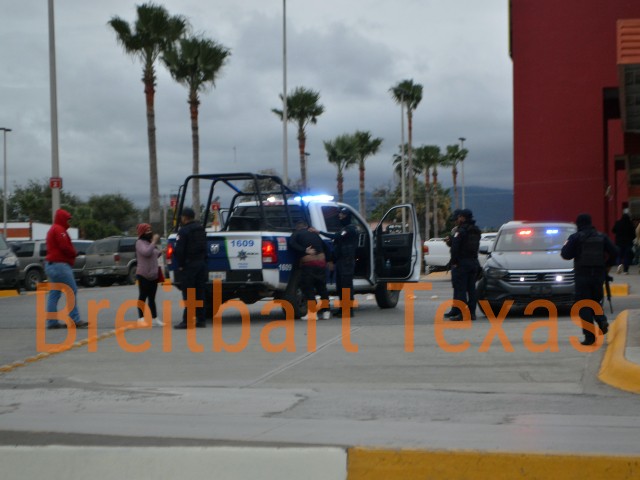 The clash started when locals reported seeing a group of cartel gunmen moving in several vehicles and waving their firearms. Tamaulipas state police forces responded to the scene along a main highway that leads to the city’s south side called Eje Vial.

Police officers caught up with the gunmen near a large department store called GranD where both sides began exchanging gunfire. The shootout caused panic among local shoppers who ran inside the store seeking cover. A stray bullet fired by the gunmen struck a female shopper in her leg. She had to be rushed to a local hospital and is expected to recover.

One of the gunmen died when he got out of a Nissan Maxima to shoot at police officers but sustained multiple gunshots. 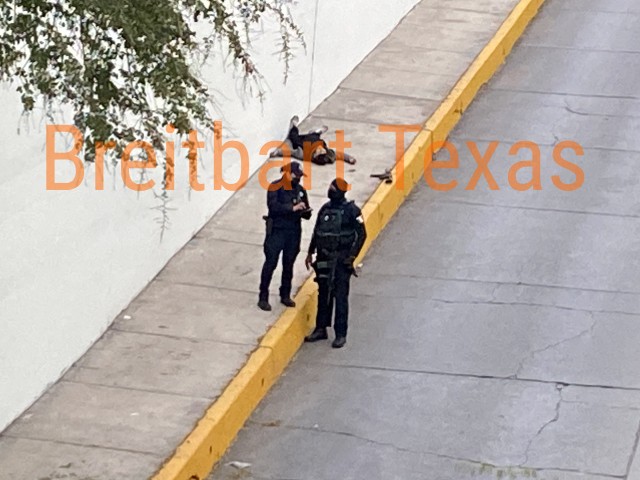 As more police forces began arriving, the gunmen tried to escape. One gunman carjacked a woman and fled in her Nissan Versa, while the leaders of the convoy escaped in a Ford Explorer.

Authorities arrested seven gunmen in two separate locations. After the clash, they searched their vehicles and found several weapons as well as body armor with the Gulf Cartel logo and an emblem identifying them as the Espartanos or Spartan cell. 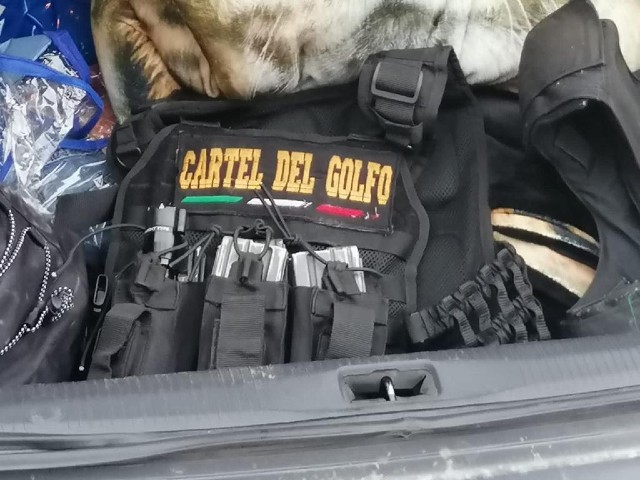 The Gulf Cartel is one of the main criminal organizations fighting for control of Ciudad Victoria. As Breitbart Texas reported, since the start of the year, the region has seen a spike in murders and cartel killings as the Cartel Del Noreste faction of Los Zetas and the Gulf Cartel fight for control of the region.

Editor’s Note: Breitbart Texas traveled to Mexico City and the states of Tamaulipas, Coahuila, and Nuevo León to recruit citizen journalists willing to risk their lives and expose the cartels silencing their communities.  The writers would face certain death at the hands of the various cartels that operate in those areas including the Gulf Cartel and Los Zetas if a pseudonym were not used. Breitbart Texas’ Cartel Chronicles are published in both English and in their original Spanish. This article was written by “Fancisco Morales” and “J.C. Sanchez”  from Tamaulipas.