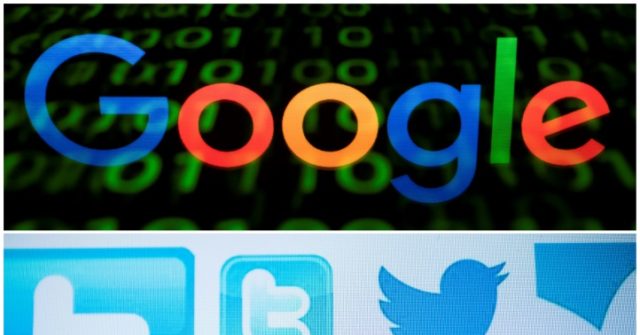 Rep. Gosar started drafting a letter to Robert Lighthizer, urging him to remove USMCA Article 19.17 that would enshrine technology companies’ legal immunity from Section 230 of the 1996 Communications Decency Act that allows tech companies to censor on their platforms without significant legal recourse.

Congressman Gosar told Breitbart News that America, Canada, and Mexico should not reward tech companies’ censorship practices with an international liability shield to continue censoring on the “public square.”

“Tech companies have violated Americans’ privacy, manipulated users, violated consent decrees, and continue to engage in censorship of the public square.  They shouldn’t be rewarded with an international liability shield, codified in a permanent trade agreement and possibly future pacts as well,” Congressman Gosar told Breitbart News. “The people’s representatives should have the opportunity to continue to reform the laws that underpin the Internet, including section 230 of the Communications Decency Act.”

Congressman Gosar has started circulating the letter around Congress and in the next few weeks could garner robust support from members of the conservative House Freedom Caucus, of which Rep. Gosar is a member. Rep. Matt Gaetz (R-FL) has signed onto Goesar’s letter.

Freedom Caucus members such as chairman Mark Meadows (R-NC) and Jim Jordan (R-OH), have become increasingly critical of Facebook, Google, and Twitter. This week, Meadows said that they might have to take “extreme measures” to address big tech censorship.

The letter could garner further support from other House Republicans such as House Minority Leader Kevin McCarthy (R-CA), who has lambasted tech companies’ censorship practices.

Gosar said in the draft letter to Lighthizer, “As you know the corporate behavior and business practices of technology companies have been the subject of substantial congressional scrutiny in recent years. Much of this scrutiny and public debate has revolved around the appropriateness of maintaining the liability shield by 28 USC Section 230 in its present form.”

“In fact, a wide-ranging modification of this law was enacted just last Congress with large majorities,” the letter read.

Although the USCMA may fix many parts of the North American Free Trade Agreement (NAFTA), Gosar contends that the USCMA contains troubling language in Article 19.17 of the trade agreement, which would give tech companies immunity from any lawsuits from actions taken to “restrict material it considers to be harmful or objectionable.”

Breitbart News’ senior technology correspondent Allum Bokhari noted in December 2018 that although Congress can amend Section 230 of the Communications Decency Act, once all three member nation of the USCMA ratify the USCMA, it will take another agreement to amend the treaty, making it much harder for President Trump and Republicans to address social media companies’ censorship practices.

Given that only America is the only country of the three-member nations to have a First Amendment, and that the leftist Canadian Prime Minister Justin Trudeau has launched a new Digital Charter to combat “hate speech” and “fake news,” it might suggest that it would remain difficult to amend the USMCA once enacted.

President Trump and the White House have become increasingly critical of social media companies’ censorship of conservative and alternative voices. In May, Trump said that he continues to monitor tech censorship on large social media platforms such as Facebook, Google, and Twitter. The White House has started asking citizens for their stories on how they get censored on these platforms.

Gosar continued in the draft letter, “We are concerned that Article 19.17 of the Digital Trade section of the United States Mexico Canada Agreement (USMCA) would permanently codify the current form of section 230 into our country’s legal obligations to its trading partners, foreclosing future opportunities for reform.”

“Accordingly, we urge this particular provision’s removal from the USMCA,” the letter concludes.