Today, we take the term “The United States of America” for granted, but when a plucky Irishman in Washington’s Navy used it for the first time, the unity of the American colonies as well as their quest for independence was in question.

An American Navy would be a crucial key to achieving the sovereignty and independence of a nation yet to be born—the United States of America. Today’s unmatched U.S. Navy, the most powerful in the world, had humble origins—a single fishing boat. In August 1775, motivated by desperation for gunpowder and propelled by American ingenuity, George Washington ordered Marblehead merchant and regimental commander John Glover to outfit his schooner, the Hannah, for war. Challenging the British Royal Navy, the greatest navy in the history of the world at that time, by transforming a fishing schooner into a man of war seemed as preposterous then as it does now. But British disarmament and a lack of crucial gunpowder in the colonies led to American innovation. Colonel John Glover converted more merchant and fishing boats into cruisers that preyed on vulnerable British transports carrying troops, gunpowder, and supplies. Dubbed Washington’s Navy, Marbleheaders captured some of the greatest prize ships of the Revolutionary War.

As the enterprise expanded beyond the Hannah, General George Washington brought in the army’s muster-master general, Stephen Moylan, to assist Glover in managing the burgeoning navy. The muster-master general had the arduous task of accounting for the men in each of the Continental Army’s units. A tough, husky Irish immigrant, Moylan hailed from a prominent Irish trading family who sent him to Paris and later Lisbon for his education. The well-spoken gentleman with a brogue had a keen mind for international trade and business. Elected before the war as the first president of the Friendly Sons of St. Patrick, an organization of prosperous merchants, Moylan now helped manage the construction and the crews for the ships.

Moylan’s partnership with Glover proved potent, and the duo realized Washington’s vision. Moylan extended Washington’s direct authority to Glover, as Reed wrote, “Mr. Moylan, the Muster-Master General, is associated with you in this business; and whatever engagements are entered into by you and Mr. Moylan, when you happen to be together, or by either in case one goes to Newbury, the General will fully ratify and confirm.” Moylan spoke for his boss, Washington, and it can be argued Moylan’s thinking was in line with Washington’s—including the important issue of independence from Great Britain.

Seven months before the Declaration of Independence Moylan wrote a letter to Washington’s aide-de-camp Joseph Reed on January 2, 1776 where he used the term, “The United States of America.”  This is history’s first recorded use of the term.  Moylan’s letter also highlighted a threatening speech from King George III that diplomacy would not solve the crisis. Up until this point, many Americans looked at themselves as loyal subjects of a benevolent king, who would resolve their grievances.

This remarkable untold story is in the new bestselling book, The Indispensables: Marblehead’s Diverse Soldier-Mariners Who Shaped the Country, Formed the Navy, and Rowed Washington Across the Delaware. The book is a Band of Brothers-style treatment of this unique group of Americans who changed the course of history.

Several factors influenced Moylan’s use of the moniker. Washington’s Navy which he helped manage was itself an act of sovereignty. A Navy signaled the start of an enormous undertaking.  The vessels necessitated the printing of money and assumption of debt for their construction and would require infrastructure and bureaucracy for support. A navy contributed to American independence and the creation of a nation.

Furthermore, Joseph Reed, whom Moylan wrote to, also suggested a flag for the vessels. “What do you think of a Flag with a White Ground, a Tree in the Middle, the Motto ‘Appeal to Heaven’?” In authorizing armed warships, Congress and Washington were already taking an unprecedented step toward independence and sovereignty, but flying a separate flag would have been a monumental leap closer to that goal. 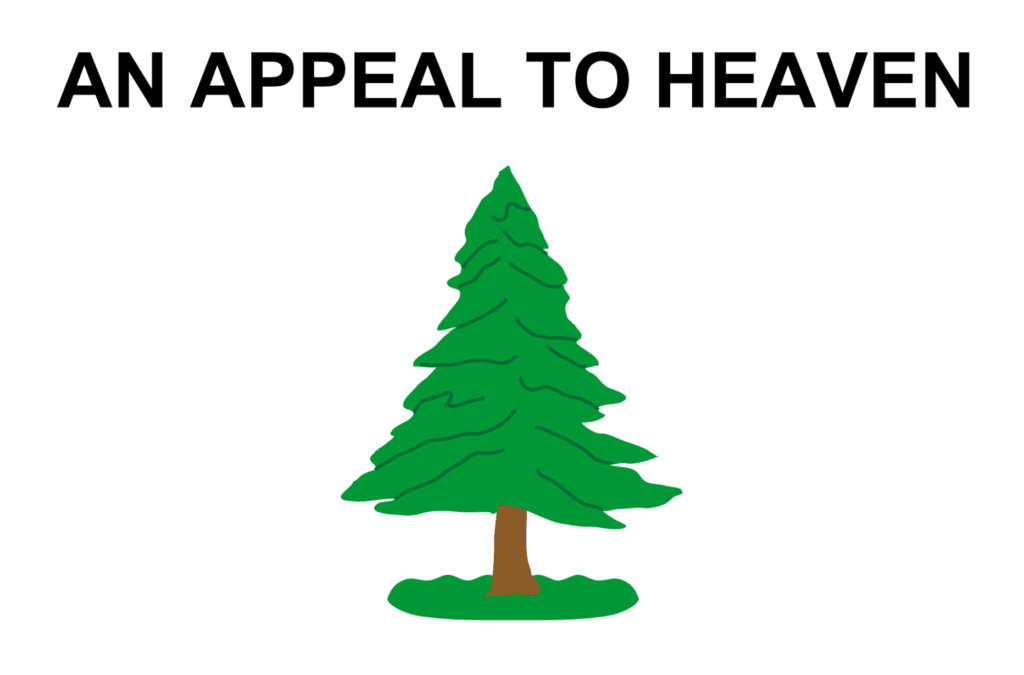 An Appeal to Heaven Flag (also called the Pine Tree Flag). This flag was flown during the American Revolution. Multiple versions of this flag exist given the original was destroyed by the British. The pine tree is a traditional symbol of New England. Public Domain

Moylan and many of his fellow Americans started to look at themselves as citizens and not subjects.  Americans were not mere colonists but citizens of independent states, not colonies of Great Britain.

American sovereignty remains as important today as it was in 1776. Now more than ever, with today’s internal strife and division, we need to look back at the Founders and forgotten Americans like Stephen Moylan who staked their lives, fortunes, and sacred honor on an idea of the United States of America.

Patrick K. O’Donnell is a bestselling, critically acclaimed military historian and an expert on elite units. He is the author of twelve books including The Indispensables, featured nationally at Barnes and Noble and Washington’s Immortals, and The Unknowns. O’Donnell served as a combat historian in a Marine rifle platoon during the Battle of Fallujah and speaks often on espionage, special operations, and counterinsurgency. He has provided historical consulting for DreamWorks’ award-winning miniseries Band of Brothers and for documentaries produced by the BBC, the History Channel, and Discovery. PatrickODonnell.com @combathistorian