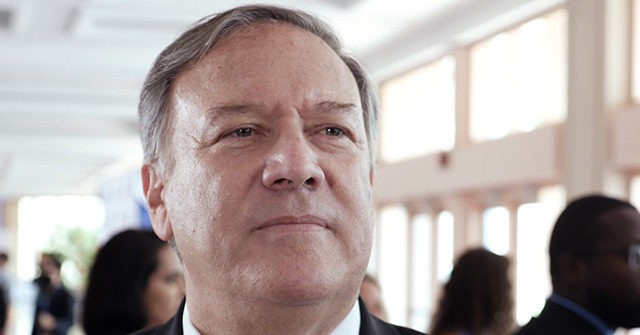 When it comes to China, Pompeo agreed with Marlow that the communist regime will continue to advance if the United States does not put pressure on it, adding that the Biden administration has done nothing to counter China.

“Don’t forget, that [Wuhan] lab is still open,” Pompeo said. “That lab is still conducting viral research. It won’t surprise me at all if the military is still inside that lab.”

“And this administration has literally done nothing to say, ‘No, you have to, at the very least, shut down the place that it is likely this virus came from,’” the former Secretary of State added.

Watch the full interview below:

“There was so much more to do,” Pompeo continued. “We made a good start, we made good headway, we built out coalitions around the world — everyone understands the communist tyranny in China foisted this virus upon the world.”

“Sadly, I think this administration’s going to go talk to the Chinese about climate change, instead about changing the nature of what the regime is doing to its own people, and then transmitting all across the world,” he added.