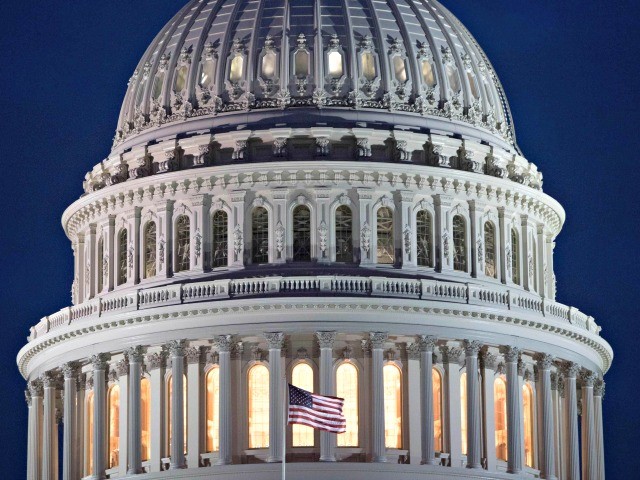 Sen. Mike Braun (R-IN) told Breitbart News exclusively on Tuesday that he will introduce legislation on Tuesday entitled, “No Budget, No Pay,” which would block any lawmaker from receiving a paycheck if Congress does not pass a budget.

Braun, along with Sen. Joe Manchin (D-WV), will introduce the No Budget, No Pay legislation, which stipulates that members must pass all budget resolutions and appropriation bills by the start of the fiscal year, October 1, or else they will not receive any pay.

Sen. Braun, who also called for securing the border now in an interview with Breitbart News, said on Monday that the legislation will force Congress to pass a budget, rather than passing a continuing resolution or an omnibus bill at the last minute.

The Hoosier Republican said, “When I decided to run, I also decided to sign the term limits bill. I signed a pledge as a senator, and I’ll be forthright here: we don’t send the cream of the crop to D.C., and I said that many times and that’s because most people that have really done something in the real world are not going to give up that to build a career in politics. I think that if you take the money out of it, you certainly get a better average individual coming here in Congress and certainly here in the Senate if you had term limits.”

“No budget, no pay is simply something we do to put some teeth into the fact that this has become a circus annually. You’d be laughed out of Indiana if this was anything close to how we do things there,” Braun continued. “When you come from a place as an entrepreneur, as a business guy you be laughed at if or you would be run of out of business through the harsh rules for the marketplace if you ran a business, a school board, or a state legislature like you do here. You need to be collectively accountable, and here with one year’s warning, get a budget here, you should be forced to do so and go where it really hurts and do not receive a paycheck.”

Sen. Braun told Breitbart News that reforming Congress’s budget process and tackling America’s national debt will be one of his top priorities.

The Indiana senator said resolving the debt crisis “would have to be through some sort of legislation or some sort of straightjacket that’s put on the process so it can’t keep maneuvering its way out of it.”