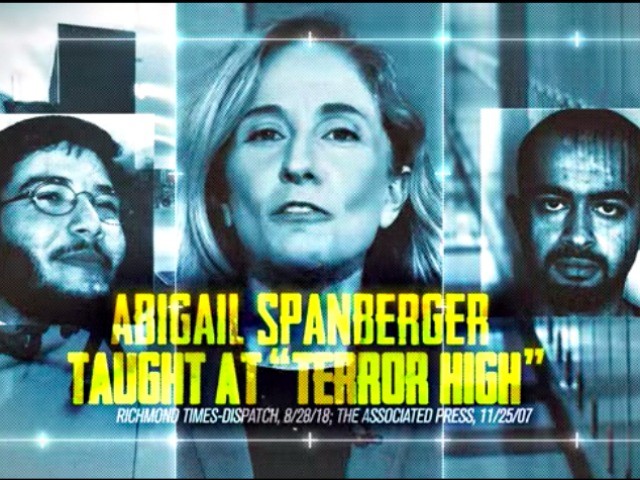 “With 23 years as a Marine Colonel Infantry Officer, I know what it takes to keep America safe,” Amiss says in the new ad from Congressional Leadership Fund (CLF) hitting airwaves on Tuesday in Virginia’s seventh congressional district. “Abigail Spanberger fails that test.”

Spanberger is the Democrat challenging Rep. Dave Brat (R-VA), the solidly pro-President Donald Trump Republican who has represented the seventh district in Virginia ever since he defeated now former House Majority Leader Eric Cantor in a primary in 2014.

House Minority Nancy Pelosi, who would regain the Speaker’s gavel if the Democrats take the House majority, desperately wants Spanberger to win the election in Virginia’s seventh district. Even though Spanberger has said, according to NBC News, that “under no circumstances” would she vote for Pelosi to stay in congressional leadership, Pelosi’s leadership PAC House Majority PAC has been active in pushing Spanberger’s campaign:

And according to the Washington Post, Pelosi’s PAC has dropped nearly half a million dollars into the suburban Richmond seventh district in the Democrats’ desperate bid to flip it to Democrat control. As such, at Monday evening’s debate, Brat hammered Pelosi 21 separate times, according to the Huffington Post–continually overshooting his opponent to focus his heat right onto the top Democrat whom a Spanberger win would benefit.

This new ad from CLF, the House GOP leadership-aligned super PAC, provided to Breitbart News exclusively ahead of its public release, zones in on Spanberger’s shady history of teaching at a high school shut down for promoting radical Islamic terrorism.

Col. Amiss, after his opening remarks in the ad, rips the Democrat for having “no business teaching at an Islamic school that was a terrorist breeding ground” while the text “Terror High” flashes on screen. Breitbart News has reported extensively on Spanberger’s connections to this Islamic school that produced multiple actual terrorists.