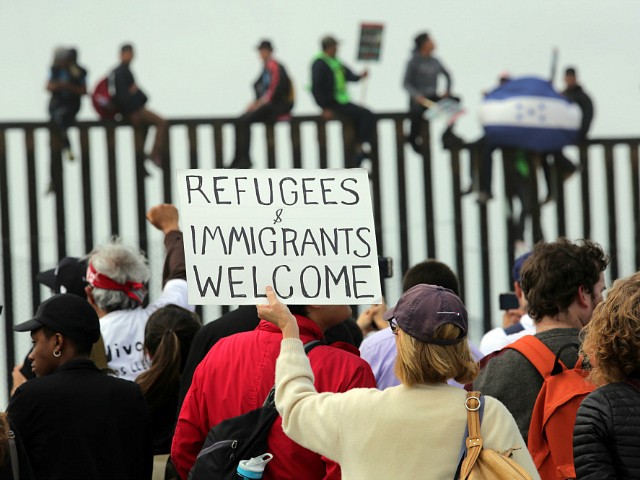 Rep. Louie Gohmert (R-TX) says the Republican Party will lose every national election in the future if President Trump’s central campaign promise, a border wall, is not funded by the end of the year.

In an exclusive interview with SiriusXM Patriot’s Breitbart News Tonight, Gohmert told Senior Editors-at-Large Rebecca Mansour and Joel Pollak that the GOP must approve $25 billion in border wall funding to stop soaring illegal immigration at the U.S.-Mexico border or risk losing every election “from now on.”

There were much better times to pass wall funding then now, but now we’re in a corner. We either do it now, or we’re probably going to lose the elections you know in two years, in four years after that, in eight years after that. We’re going to be losing elections from now on. There were better times, but now it is absolutely essential that we fix this problem now. [Emphasis added]

As Breitbart News reported, Trump is only pushing for a fifth of border wall funding — about $5 billion — though that funding is tied to a slew of open borders provisions and big business lobby giveaways for more cheap labor importation to the U.S.

Gohmert also slammed House Speaker Paul Ryan for claiming that birthright citizenship, whereby the U.S.-born children of illegal aliens are given automatic American citizenship, is what the Founding Fathers intended. The policy is often referred to as the “anchor baby policy.”

Gohmert says the Republicans should pass legislation in the House and Senate that ends birthright citizenship for the U.S.-born children of foreign nationals before the end of the year. Trump previously promised to sign an executive order ending the anchor baby policy, but that has yet to come to fruition.