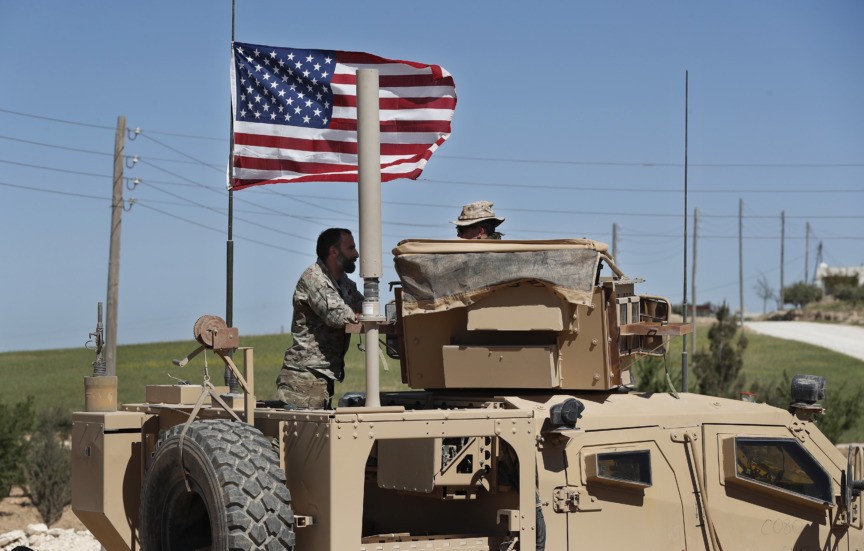 MUNICH, GERMANY — Sen. Lindsey Graham (R-SC) told Breitbart News that he is proposing a plan to keep a “small percentage” of U.S. troops in Syria, after the Islamic State in Iraq and Syria’s (ISIS) caliphate is destroyed.

“The bottom line is we can reduce our presence, but there needs to be some U.S. forces — a small percentage compared to what we have today, making sure our gains are maintained,” he said in an interview Friday at the Munich Security Conference.

Graham is hoping to get allies and partners onboard with creating a stabilizing force that could maintain a safe zone in northern Syria, along its border with Turkey.

He said the safe zone would help prevent ISIS’s reemergence, as well as the prospect of a new war between Turkey and the Syrian Democratic Forces — a group of primarily Kurdish fighters who helped the U.S. defeat ISIS on the ground. He also said it would reduce Iranian influence.

“This stabilizing force, within a safe zone to prevent the reemergence of ISIS, would lessen the conflict between Turkey and people inside of Syria we actually work with, and make it almost impossible for Iran to be the biggest winner of any withdrawal,” he said.

He said the U.S. could “substantially withdraw” its forces from the approximately 2,700 there now.

He declined to give an exact number of U.S. troops that would be needed for the stabilizing force but said he wanted to leave U.S. airpower and technology in Syria.

“There’s certain capability we have that nobody [can] substitute. Airpower and technology,” he said.

He said the U.S.’s top military officer, Chairman of the Joint Chiefs of Staff Marine Gen. Joseph Dunford, would be asking allies to contribute forces.

“So they do more, we do less, but there’s still a unique role for America. But the post-caliphate footprint for America will be substantially smaller,” he said.

Graham said he talked to President Trump on Friday, right before pitching his plan at the conference. The Munich Security Conference is the largest annual gathering of world leaders, military officials, and national security experts in Europe.

The proposal comes as the U.S.-led military coalition is getting closer to taking back all of the land that ISIS once controlled in Iraq and Syria. Graham said at the conference that the fight is down to a “couple [of] kilometers” in Baghouz, Syria.

“I want to congratulate President Trump for focusing on destroying the caliphate like a laser. After his visit to Iraq, he saw that we could destroy the caliphate and he’s brought it about. We’re down to a couple of kilometers inside of one city, so the Islamic State in Iraq and Syria is no more,” he said.

Graham said his hope is to not repeat the mistakes of the Iraq War, when President Obama withdrew all U.S. forces from Iraq in 2011, only to have to send troops back when the terrorist threat from Al Qaeda in Iraq morphed into ISIS.

“My hope is once the caliphate’s destroyed, just within a day of it that we will not repeat the mistakes in Iraq,” he said. “ Then you hopefully go to Geneva and get an agreement for the Syrian people.”