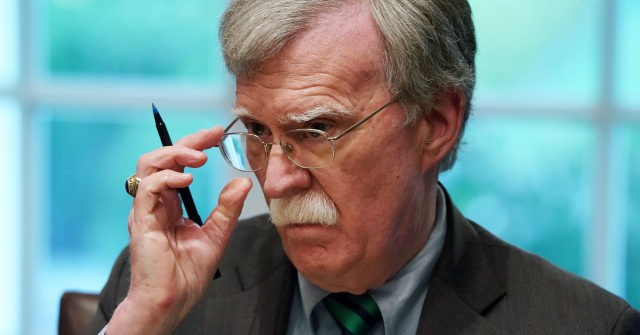 On Wednesday morning, Iranian President Hassan Rouhani announced that Iran was disregarding the limitations on uranium enrichment that were placed on its nuclear program by the 2015 nuclear deal, otherwise known as the Joint Comprehensive Plan of Action (JCPOA).

Under the JCPOA, Iran is prohibited from enriching uranium above reactor grade enrichment level of 3.67 percent. Rouhani said that beginning July 7, Iran will no longer accept those limits.

Rouhani added: “Our advice to Europe and the United States is to go back to logic and to the negotiating table. Go back to understanding, to respecting the law and resolutions of the UN Security Council. Under those conditions, all of us can abide by the nuclear deal.”

President Donald Trump responded to Rouhani’s statement with a sharp warning to Iran. Trump tweeted, “Iran has just issued a New Warning. Rouhani says that they will Enrich Uranium to “any amount we want” if there is no Nuclear Deal. Be careful with the threats, Iran. They can come back to bite you like nobody has been bitten before!”

While that hinted at military action, Bolton signaled that the U.S. response may focus more on financial and diplomatic pressure.

Last week, former George W. Bush National Security Council senior director Michael Doran published an article in the Mosaic online journal titled “What Iran is Really Up To.”  In it, Doran posited that the reason Iran had initiated its “maximum resistance” campaign on May 8, and the reason it continues to increase its low scale aggression against the U.S. and its Persian Gulf allies, is to coerce Europe to convince the U.S. to maintain the sanctions waivers that were put into effect with the implementation of the nuclear deal.

As Doran explained in a follow up article in the Wall Street Journal Wednesday, since President Trump exited the deal last May, the U.S. has cancelled two of the waivers. The remaining nuclear waivers enable Iran to preserve its nuclear program and installations with the support and assistance of the Russians, Chinese, and Europeans.

Bolton told Breitbart that Doran’s article is in line with the administration’s analysis.

In his words, “There were seven nuclear waivers originally. In the last go round that was reduced to five. In light of the steps Iran is taking to break these key limits in the JCPOA, we’re looking at the other five waivers very seriously right now.”

Former Obama administration officials as well as the Democratic National Committee (DNC) and all the Democratic presidential candidates, want the U.S. to re-enter the failing Iran deal. The DNC passed a resolution in February committing the party to restoring the deal if and when a Democrat is elected president.

Bolton explained, “The fundamental rationale of the Obama administration on the JCPOA and these nuclear waivers was that Iran was entitled to have a peaceful [nuclear] program.”

Turning to a piece of paper on his desk, he continued, “I’m looking at an October 7, 2014 letter from Obama to the [Iranian] Supreme Leader [Ali Khamenei].

“Obama wrote, ‘I continue to envisage an Iranian civil nuclear program that includes a domestic enrichment capacity. That is to be verified exclusively civil through a mutually acceptable agreement between Iran and permanent 5+1.’” [That is, the five permanent members of the UN Security Council, the U.S., Russia, China, France and Britain, plus Germany.]

Bolton put aside the paper for a moment, and said, “Let’s just stop there. We don’t believe Iran is entitled to any domestic enrichment capacity. And the reason follows from the next sentence of this letter from Obama that I just read.”

He then returned to the letter:

“This is again from Obama to Khamenei. ‘I believe Iran should be treated as any nation in good standing with the [nuclear] non-proliferation treaty, the outcome full implementation of such an agreement would achieve.’”

Pausing again, Bolton said, “We don’t believe Iran is in good standing with the non-proliferation treaty.

“It is not in good standing with the fundamental point of the nuclear deal and [UN Security Council] Resolution 2231 [which endorsed the JCPOA], where they said that we recognize Iran’s reaffirmation that it has never sought nuclear weapons.”

Bolton noted that Israel’s seizure of an Iranian nuclear archive from a storage container in Tehran in January 2018 “demonstrated that [the Obama administration’s contention that Iran’s nuclear program was peaceful] was a lie.”

The Iranians “are not in good standing with the non-proliferation treaty [NPT]. And the fact that that they violated not just the JCPOA but the NPT as well shows why we can’t treat them as if they are in good standing. They’re not.”

Bolton noted that the Iranian regime’s decision to adopt a strategy of brinksmanship through announcements of deal breaches and consistently escalating aggression demonstrates the success of Trump’s maximum pressure campaign.

“It is a sign that the regime really is feeling the heat of the economic sanctions.”

But it also a sign of Iran’s malevolent intent, he noted.

It also reveals, I think very convincingly that they never made a strategic decision to give up nuclear weapons” he said. “And so all of these steps bring them closer to having a nuclear weapons capability, reducing the so-called break out time, which would be true even if you believe they were otherwise complying with the nuclear deal. Which I do not.”

Bolton would not speculate regarding why Europe is even considering breaching U.S. sanctions against Iran to preserve the deal.

He said that Europe’s current position will only become more untenable in the coming weeks.

“The Iranians are clearly feel the economic and political pressure. And now the Europeans have to acknowledge that Iran is breaking out of the deal.”

Bolton added that the fact that Iran is breaching the deal is far less important than the basic fact that they never viewed the deal as a non-proliferation agreement, because they never had the slightest intention of ending their nuclear program.

In his article, Doran argued that the Democrats’ commitment to restoring the U.S. commitment to the JCPOA, along with Iran’s desire to keep the sanctions waivers in effect at least until the November 2020 presidential elections place the Democrats’ partisan interests in alliance with the Iranian regime’s interests.

Likewise, Bolton noted that Wednesday, Rouhani’s advisor, Hesameddin Ashena, made the regime’s commitment to defeating Trump next November, and replacing him with a Democrat, explicit. Rouhani’s advisor also weighed into the U.S. policy debate about Iran and sided strongly with the anti-war wing of the Republican party, prominently represented by Fox News host Tucker Carlson — and against Secretary of State Mike Pompeo.

In the tweet, Rouhani’s advisor declared, “We have unseated an American President in the past. We can do it again. Trump can listen to Pompeo and we’ll make sure he stays a one-term President. Or he could listen to @TuckerCarlson and we might have a different ball game.”

Referring to Ashena’s tweet, Bolton said, “That is a direct threat at the president’s reelection.”

He then noted that part of Iran’s strategy of “maximum resistance” is “to try to show that somehow by getting out of the nuclear deal, the Trump administration is at fault.”