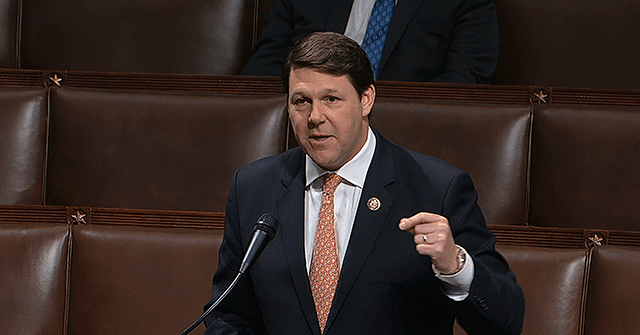 Rep. Jodey Arrington (R-TX) told Breitbart News in an exclusive interview Thursday that the federal government needs to cut off the welfare “magnet” to curb illegal immigration and stop the migrant crisis at the border.

Arrington spoke to Breitbart News as he led a large House Texas Republican delegation to the southern border to witness the migrant crisis unfolding there less than 100 days into President Joe Biden’s administration.

He said that although many news outlets have reported on the migrant crisis, seeing it in person gives it a better perspective.

“It’s one of those things that you have to see to really see it firsthand to appreciate what an unprecedented disaster it is,” he told Breitbart News.

To combat the migrant crisis, Arrington said the federal government needs to cut off the “magnet” for migrants to cross the border, namely businesses hiring illegal immigrants and welfare benefits that could benefit migrants.

The Texas lawmaker said, despite Republicans’ amendments to prevent it, Democrat assistance to illegal immigrants has increased significantly.

He said, “There’s no doubt that the magnet of receiving taxpayer services has expanded significantly under the Democrat partisan covid [coronavirus] legislation. Republicans offered amendments to put controls in place, like social security numbers to ensure that citizens are to receive direct assistance.”

The Texas Republican continued, noting that many in the border patrol community feel that Biden has “abandoned them.”

Arrington also slammed Biden’s choice to tap Vice President Kamala Harris as the “border czar,” saying she was the “loudest open borders advocate” in the Senate and when she ran for president. He noted Harris wanted to decriminalize border crossing and had compared Immigration and Customs Enforcement (ICE) agents to the Ku Klux Klan.