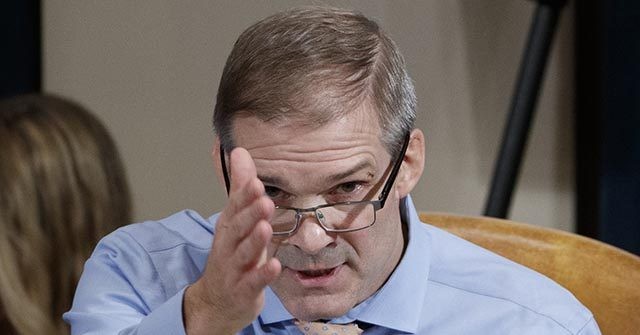 “One of the things that jumped out at me this week was the Senate Judiciary Committee subcommittee on antitrust announced that they’re going to be having this hearing on this bill called the journalism competition and preservation act,” said Boyle.

“Go back to the month before the 2020 presidential election and look how big media colluded with big tech to keep the number one story, what should have been the number one story from the American people, namely the story about Hunter Biden and what he was up to with foreign countries and how it relates to President Biden and the Big Man and everyone else,” continued Jordan.

The Ohio Republican went on to discuss the House judiciary committee’s hearing on that chamber’s version of the JCPA, in which independent journalists expressed concern about the legislation.

“We had a great hearing where we had Glenn Greenwald testify, we had Clay Travis testify. And even some of the members who had co-sponsored the legislation said ‘you know I’m having some second thoughts’ — they actually said that in the hearing.”

Boyle said that Big Media companies would use the legislation to cut conservatives out of deals with the tech giants.

“If you think they’re going to pay up to conservatives I’ve got a bridge to sell you,” said Boyle.

“The New York Times, CNN, Fox News whatever, they can get together and make their own deal with Facebook and Google and then all the rest of us are not a part of it.”

“When big government can get together and structure a rule that’s going to help big media supposedly deal with big tech, all that ends up happening is conservative outlets like yours and conservative viewpoints get discriminated against and the first amendment is further harmed.”

Rep. Jordan said the tech regulation that republicans should be supporting is Section 230 reform and a private right of action for users, so they have recourse against the tech giants.

Jordan said the legislation was likely revived because Democrats wanted to rush through pro-media legislation before Republicans likely take back control in the next midterm elections.