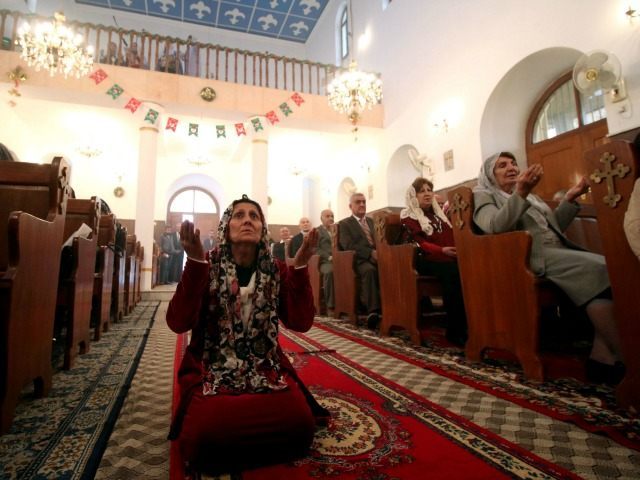 It is unclear whether individuals, local governments, or federal agencies are selling the properties, MP Emmanuel Khoshaba Youkhanna told Breitbart News, noting that the exact number of churches and other public Christian properties sold is unknown.

“Nobody can know the number of churches and other properties that have been sold. We seek to stop the sale of church property. This is one of our duties as members of the parliament and representatives of our [Christian] Chaldo-Assyrian Syriac peoples,” he said.

“I can not say who exactly is benefiting without a formal investigation. We are serious in our quest to ensure anyone behind the sale of Christian public property is held responsible,” the lawmaker added, stressing that “It’s not personal property to sell.”

Citing Christian MP Joseph Slewa, Bas News noted on Monday that Iraqi laws prohibit the sale of church-owned properties or properties owned by the Iraqi government’s Office of Christian and Other Religions Endowments.

Youkhanna said he hopes the investigation will shed light on the individual or entity behind the sales, who exactly is benefiting from the practice, and the number of properties sold, among other things.

He vowed to seek answers from the Office of Christian and Other Religions Endowments — tasked with protecting church property — and ultimately pledged to “question anyone involved in selling the properties.”

“Above all, no one knows where the money goes from the sale of the properties and antique churches,” he added.

MP Slewa, however, “criticized the Christian religious figures in the country for overlooking the case, saying that even the funds gained from the sales are missing,” Bas News noted.

Youkhanna revealed that the illegal practice is taking place in all Iraqi provinces. He expects the investigation to cover the illicit sale of Christian property between 2003 and now.

The Christian population in Iraq has plummeted in recent years, primarily due to the security vacuum that has continually plagued the country.

U.S. and United Nations officials determined that the Islamic State (ISIS/ISIL) and other jihadi groups committed genocide against Christians and other ethnoreligious minorities in Iraq. Many Christians lost their land and property when ISIS swept through the country.

According to U.S. and independent assessments, American-led coalition forces and local fighters have decimated ISIS’ territorial caliphate in Iraq.

Baghdad has allocated five of the 329 seats in parliament for the Christian minority group under a quota system: in Baghdad, Erbil, Dohuk, Kirkuk, and Mosul.

U.S. aid for Christians other religious minorities in Iraq has intensified under President Donald Trump.