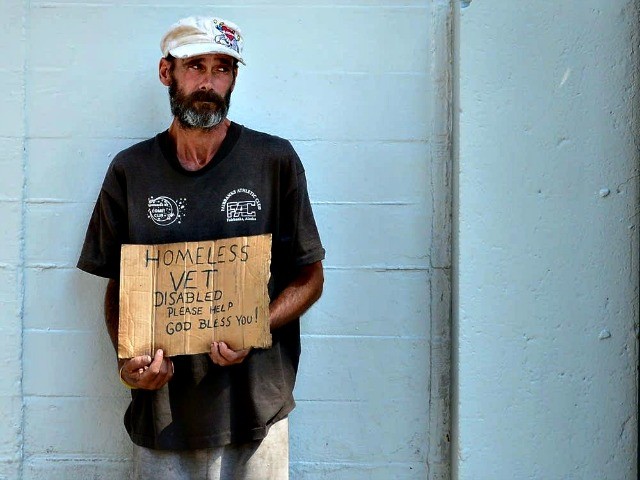 “It’s been really fantastic being able to work for an agency that spends so much of its time and effort focused on veterans,” Secretary Carson told Breitbart News Deputy Political Editor Amanda House. “Less than one percent of our population protects the other 99 percent. It allows us to be able to live in peace and safety.”

Carson spoke about his experience speaking with the veterans.

“I had heard that the center in Boston was doing a particularly good job of getting the veterans who, in many cases, are chronically homeless, off the streets. I wanted to go for myself and see what they were doing, actually talk to some of the veterans,” Carson said. “It was so wonderful actually talking to some of them.”

Secretary Carson then discussed the progress being made to assist homeless veterans.

“Over the last year, we do a point-in-time assessment every January. We’ve gone down more than five percent in veteran homelessness across the country,” Secretary Carson stated. “So we’re making tremendous progress. It’s the kind of feel-good thing that should make us all feel great, regardless of what party affiliation one has.”

Listen to Ben Carson on Breitbart News Saturday on SiriusXM 125:

Secretary Carson commented on many of the veterans he met and spoke with during his visit.

“I gave all of the veterans that I talked to an opportunity to complain. They had nothing to complain about. They had a chance to see their case managers on a regular basis. There were people there to take care of all of their basic needs. There were even training programs for those who are capable and interested in retraining for employment and many people have gone on to be quite independent.”

“Our people are resources. We have to develop them, not warehouse them,” Carson explained.

Carson then spoke on the state of care for veterans nationwide and his thoughts on the issue.

“I’ve had an opportunity to go to a number of places where they are serving the veterans extremely well. It’s really just a matter of disseminating the best practices to all of these places. There seems to be a lot of interest, a lot of people who really have big hearts, who recognize the tremendous service and sacrifice that these people have given up.”

“Our country is full of good-hearted people. It’s not the people that you see on the on the 6:30 news running around trying to hurt everybody. That’s not what most Americans are like, and it’s wonderful when they have an opportunity to demonstrate that compassion.”

Sixty-four local communities and three states have declared an effective end of veteran homelessness. Secretary Carson spoke on this and offered insight as to how those results were calculated.

“When we have 95 percent of veterans off the streets, that’s considered essential victory,” said Carson. “You’re always gonna have two or three people say, ‘No, no, no, I don’t want it. I don’t want any part of what you guys are doing. I like it out here on the streets.’ You’re always going to have people like that, although we continue to work on those individuals and try to help them too. Many of the people I’ve talked to were like that at one point, but their confidence was gained and they’re very happy that that has happened.”

Carson concluded the interview by directing listeners intersted in assiting with HUD’s mission to visit hud.gov.