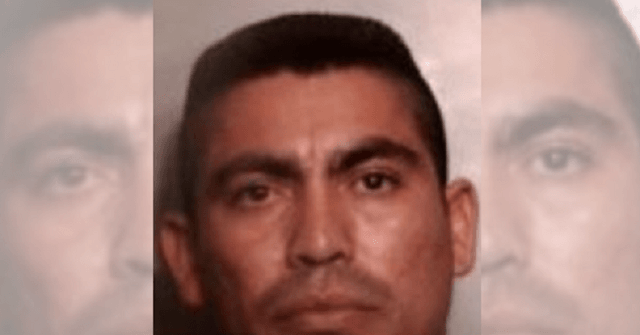 HOUSTON, Texas — A Salvadoran national with a criminal history in Dallas and Houston allegedly shot and killed a 41-year veteran Houston police sergeant Tuesday. U.S. Immigration and Customs Enforcement officials placed a detainer on the accused cop-killer due to his reported illegal presence in the United States.

Houston police officers responded to a call on the city’s south side Tuesday morning. It was at least the third time officers had been called to this residence in the past two weeks for domestic disturbances, according to Houston Police Chief Art Acevedo. The wife of 51-year-old Elmer Rolando Manzano called police when she could not get into the home to get her belongings.

After about an hour, Manzano’s 14-year-old son unlocked the door from outside and saw his father with a pistol.

Chief Acevedo identified Manzano as the alleged shooter and said he has a criminal history.

An official with U.S. Immigration and Customs Enforcement, speaking to Breitbart Texas under the condition of anonymity, said they placed an immigration detainer on Manzano, a citizen of El Salvador, after determining he was illegally present in the United States. The official said Manzano has no deportation history.

Court records from Houston and Dallas obtained by Breitbart Texas show Manzano has multiple felonies dating back to 1996.

The 230th Criminal District Court in Houston convicted Manzano in 2002 for Felony Evading Arrest with a Motor Vehicle. The court sentenced him to 120 days in jail.

In Dallas County, records show Manzano pleaded guilty to Felony Assault with Bodily Injury. In 1996, he faced a felony firearm charge related to possession of a handgun.

Acevedo said Sgt. Preston served the Houston Police Department for 41 years. He called the man an exemplary officer who “led from the front.”

The Houston police chief said Manzano will likely face multiple charges including murder of a police officer. “As good as he was as a cop, he was a better human being,” Acevedo said.