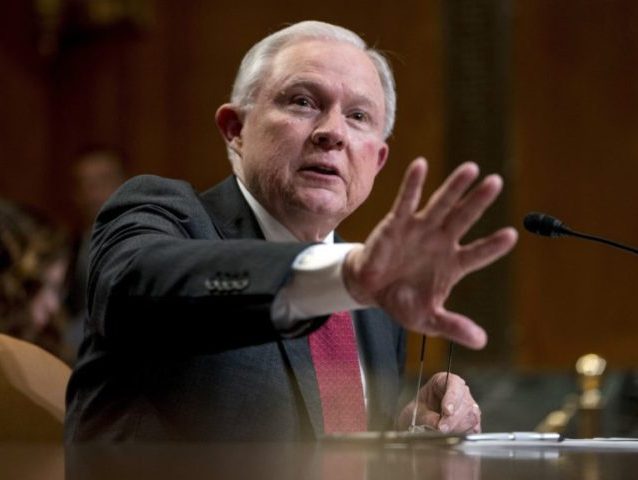 In an interview with SiriusXM Patriot’s Breitbart News Daily, Mac Donald told Breitbart News Editor-in-Chief Alex Marlow that Sessions was the only member of the Trump administration that was “absolutely staunch in speaking up for the right of Americans to determine what the character of their country should be.”

I think Sessions was the most important member of Trump’s cabinet. There was nobody more essential to carrying out the promises that Trump made to voters than Jeff Sessions. The main reason was elected, I think, is that people were simply fed up with the decimation of the immigration rule of law and the sense that our immigration policy was being made on a de facto basis by people living outside of the country rather than Americans. [Emphasis added]

And Jeff Sessions has spent a lifetime documenting how unchecked, mass, low-skilled immigration destroys the social fabric of this country. He knew what the Left had done — where the bodies were buried so to speak — within the federal bureaucracy and he set out to systematically recover the rule of law. [Emphasis added]

The prosecution, he broke the record for prosecution for illegal entry into the country, the prosecution of deported illegals who re-entered was up 38 percent.He set out to try to finally bring coherence and justice to the outrageous sanctuary city movement whereby local jurisdictions try to thumb their nose at federal authority when the federal government is trying to deport illegal alien criminals. He tried to withdraw funding from those cities. He was sued right and left … left-wing judges doing the bidding of left-wing mayors. [Emphasis added]

Mac Donald also said she has “no confidence” that the president will stop being advised by his daughter, Ivanka Trump, on the issue of immigration.

“I have no confidence that Trump will resist the demands of his daughter, who was very instrumental during the PR, ginned up family separation crisis this summer that resulted from Jeff Sessions’ determination to end Catch and Release at the border,” Mac Donald continued. “To end the exploitation and distortion of our asylum laws. And Trump’s daughter was one of the main voices saying, ‘This is a human’s rights crisis, we cannot have children being put into … well-stocked kindergartens.’”

“There’s no one in the administration any longer that has any record of understanding again how mass, unchecked, illegal immigration is hurting the working class of this country and transforming our culture possibly beyond recall,” Mac Donald said.