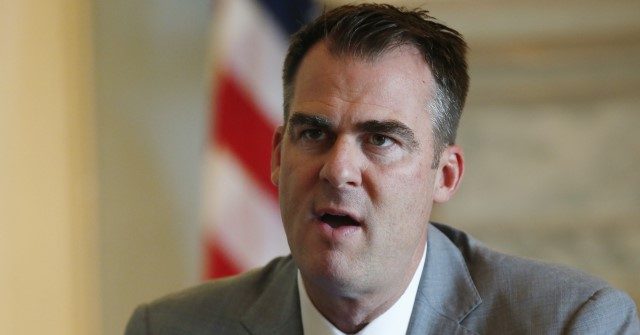 Oklahoma Gov. Kevin Stitt (R) spoke to Breitbart News this week, noting that banks in his state are lined up to do business with firearm and ammunition manufacturers who want to do business in Oklahoma.

He noted that constitutional carry was the first bill he signed upon taking office, and he made clear that he would use executive orders, lawsuits, and/or sign legislation to further shield Oklahomans’ gun rights in the event of a federal gun control onslaught.

Stitt stressed that Oklahoma’s love for the Second Amendment includes passion for gun and ammo makers.

Breitbart News talked to Stitt about evidence that banks and financial institutions in other parts of the country have discriminated against the firearm industry, refusing to approve the monies they needed or to process payments for their products.