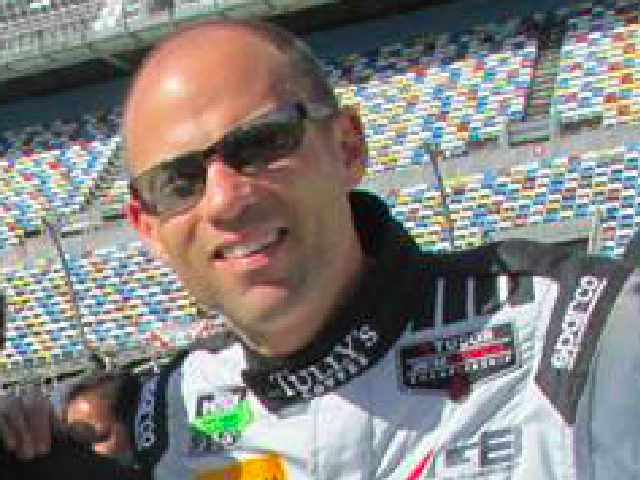 The Republican National Committee (RNC) has filed a pair of records requests with law enforcement authorities in Los Angeles, California, for any and all information relating to the arrest of attorney and likely 2020 Democrat presidential candidate Michael Avenatti, including footage of Avenatti being taken into custody.

Avenatti was arrested Wednesday and charged with felony domestic violence. Upon his release on $50,000 bail, he denied any wrongdoing and claims an investigation will clear his name. But, according to TMZ–which originally broke the news–Avenatti shouted “she hit me first!” as he was being taken into custody regarding alleged acts of violence he made against a woman he kicked out of his apartment.

Avenatti is currently the attorney for Stormy Daniels also known as Stephanie Clifford, a pornographic actress who has accused President Donald Trump of paying her off to remain silent about having extramarital sexual relations with her–allegations the president denies.

Since his rise to fame as Daniels’ attorney, Avenatti has emerged as a star in the Democrat Party in large part thanks to constant publicity offered by hundreds of television appearances on outlets including CNN and MSNBC. CNN president Jeff Zucker has not replied to numerous requests for comment from Breitbart News over the past day since Avenatti’s arrest asking if he and his network denounce and disavow domestic violence, even if the woman hit Avenatti first as Avenatti allegedly claims.

RNC Request to LAPD – Avenatti by Wynn Marlow on Scribd

The requests also seek any video authorities may have collected of Avenatti’s intake, including any dashboard or body camera videos as well as any photographs including the “mug shot” of Avenatti at booking.

Avenatti is a very public figure, and the Washington Post has ranked him among the top 15 Democrat presidential candidates in 2020. In a headline, Politico magazine boldly declared that Avenatti is “winning the 2020 Democratic Primary.” He has also said he is “seriously considering” a bid for the presidency in 2020.

Perhaps most ironically, one of the reasons why Avenatti–who is now formally charged with felony domestic violence–wants to run for president in 2020 on the Democrat ticket is because he wants to restore “dignity” to the Oval Office.

“It’s about whether I have the ability to potentially help solve this nightmare, this dumpster fire of an administration, and help us push the reset button and instill some respect and dignity back to the Oval Office and America’s standing, both domestically and abroad,” Avenatti told Bloomberg in an interview.

Given what Los Angeles police have charged him with, this tweet from Avenatti is even more ironic:

Let me be clear: I have consistently called on white males like me to step, take responsibility, and be a part of stoping the sexism and bigotry that other white males engage in. It is especially important for them to call out other white males. I make this pt in my speeches.

But the Avenatti presidential circus is not something that has just amused top media organizations like CNN and MSNBC who have put him on repeatedly, or places like the Washington Post, Politico, Daily Beast, Bloomberg, and more which have legitimized him with glowing profiles and coverage–top Democrats in the party have opened up to him too.

“I think he is a phenomenal guy and I have gotten to know him a bit in the last week. We went to dinner last week, he was in Youngstown and I really like him,” Rep. Tim Ryan (D-OH), a top Democrat opponent of House Minority Leader Nancy Pelosi’s bid to retake the Speakership, told CNN in August for instance.

Former Hillary Clinton aide Adam Parkhomenko has gone on record to say Avenatti has the best chance of any Democrat to defeat Donald Trump in 2020. “He’s kind of like Teflon,” Parkhomento says of Avenatti–a point that has been similarly made about Trump.

“There are a lot of campaigns that aren’t effective, don’t fight back, and just hire a bunch of their friends,” Parkhomenko said. “He’s doing everything he needs to do to flip a light switch if he decides to run.”

“He’s definitely got a message, and I think Democrats need to hear about being tough,” Dillon said in an interview with Vice about Avenatti. “He’s certainly I think somebody who is giving the president fits and has been someone who’s been fighting, so you know I’d be interested to hear what he has to say and I’m sure a lot of people in Michigan would as well.”

“He’s in, right? He’s running for president and I think it’s good he’s here and I think that all the other candidates should also be showing support for the state party infrastructure,” Kleeb said.

Even top DNC officials liked having Avenatti there:

“He’s a breath of fresh air in our stale, staid—” Diane Robertson, a deputy finance chair of the DNC, told VICE News, leaving the word “party” left unsaid. “We need some fire, and he’s fiery.”

Avenatti has also said in an interview on MSNBC that he has received enormous support from Democrat Party leadership and from party officials nationwide:

But now that he is charged with felony domestic violence by the LAPD, his fighter style is coming under scrutiny.

Cops found the victim with a swollen face, they arrested you for felony DV, got her a restraining order, you had to post $50,000 bail, and the investigation is ongoing.

This all in addition to you twice being criminally referred to DOJ.

I mean, why wouldn’t we believe you? https://t.co/lXihevsBPo

Avenatti’s donors’ money went to a loser and an alleged woman beater. https://t.co/mBlgNQ1eUU

Act 2: He challenges @DonaldJTrumpJr to a fight

Act 3: He physically assaults a woman

Avenatti, again, for his part, is not backing down or apologizing to the woman police allege he assaulted:

Thank you to everyone who has reached out with supportive messages and offers of assistance. It means the world to me. I have always been an advocate of women’s rights and equality & I always will be. I will not be intimidated into stopping my pursuit of justice and what is right

The stmt issued earlier from Christine, my first wife. https://t.co/nNT0hmDu7H

The stmt issued earlier from my second wife Lisa, together with stmts made to @mj_lee of CNN. https://t.co/ZgEsGuHtaS

He has also suggested he was set up:

First Mueller and now me. When we are fully exonerated I am coming for you Jacob Wohl aka Surefire.

And claims he was not charged:

There is a lot of inaccurate reporting out there. For example, (1) I have NOT been charged with anything, let alone a felony; (2) Lisa wasn’t even with me Tues; etc. Numerous other “facts” being reported are completely bogus. Why is TMZ’s news “standard” the new standard?

Even though the LAPD has confirmed that he was booked on a felony domestic violence charge:

We can confirm that today LAPD Detectives arrested Michael Avenatti on suspicion of domestic violence. This is an ongoing investigation and we will provide more details as they become available.

It remains to be seen what happens next in this rapidly unfolding story. But authorities, per public records laws, have ten days to provide the RNC officials who filed the formal request for these documents and other information with the records on Avenatti’s arrest.