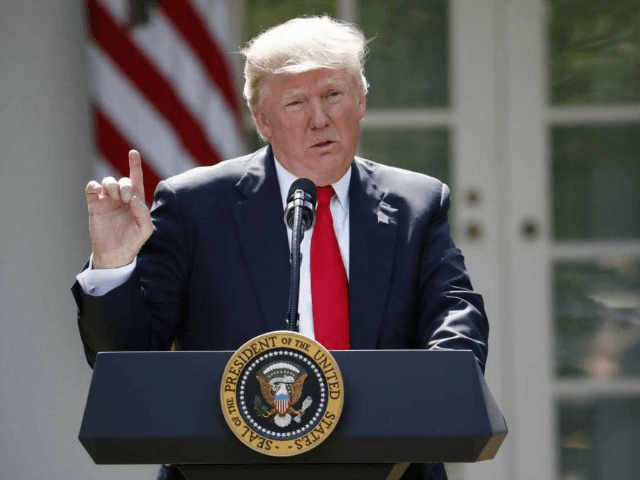 Wheeler, who served as the EPA administrator during the final years of Trump’s presidency, listed some of the progress the Trump EPA made during the previous administration and warned Biden’s decision to rejoin the Paris Climate Accord will have a negative impact on the American consumer, taxpayer, and worker while allowing China to “get off without doing anything on climate.”

“It’s going to hurt the American consumer as well as the American taxpayer,” he said of the Paris Climate Accord during an on-camera interview at the Conservative Political Action Conference’s (CPAC) annual gathering, which took place in Orlando, Florida.

“You know, at the end of the day, during the Trump administration, we were reducing our CO2 emissions faster than any of our European allies. We don’t have to join the Paris Climate Accord, but by joining it, it allows China to get off without doing anything on climate and it requires us to pay a lot of money to other countries that, quite frankly, aren’t meeting their own obligations,” he said, pointing to France and Germany specifically.

“But we always meet our obligations, so it hurts us, and there’s no real benefit because we were already reducing our CO2 emissions faster than any other Western economy,” he said.

The progress, he continued, is lost on most because the establishment media did not cover the Trump administration’s progress on those fronts. The former EPA administrator detailed one scenario, alleging that a reporter for the New York Times told his press secretary that they would “never write a positive news story” about Trump’s EPA.

“It is lost because the mainstream media does not cover it. They don’t report on these things. I hate to point fingers at particular publications, but you know two years ago, one of the environmental reporters for the New York Times told my press secretary that they will never write a positive news story about the Trump EPA,” Wheeler told Breitbart News. “You know, they just flat out refused to acknowledge the great things that we did.”

“Under the Trump administration, air pollution went down seven percent. Water, the cleanest levels ever. More Superfund sites cleaned up in a generation. We actually, on the enforcement side, imposed twice as much in civil and criminal penalties as the Obama-Biden administration did in their first four years,” he continued. “So we were out there enforcing the environmental laws, cleaning up the environment, but if you read the New York Times, everything was horrible all the time. There’s a lot of hypocrisy in the media.”

The mainstream media have largely ignored the strides the U.S. has made outside of the Paris Climate Accord, he continued.

“The establishment media, they think joining the Paris is doing the right thing, rah-rah this is great, we’re part of this international agreement,” he said, emphasizing that the U.S. “developing the technologies that we can then export to other countries– that was doing more to address global CO2 emissions than anything we will accomplish under the Paris Climate Accord.”

Wheeler also spoke of Biden’s decision to cancel the Keystone XL Pipeline, noting it does not just hurt the American worker but the “world environment.”

“When we export our jobs to other countries, when we depend on other countries for our natural gas, for our finished products, they produce those products, they produce the energy and a much worse environmental condition. We set the gold standard. When we have a facility here in the United States, we are meeting the best environmental standards and regulations of anywhere else in the world,” he said.

“So when we not only get rid of our jobs and it hurts the American worker, but then it exports those jobs to countries like China that do horrible things to the environment,” Wheeler explained. “So it’s really a lose-lose for us when we cancel pipelines like that or when we decide to stop using fracking and developing our natural gas resources here.”

Ultimately, Wheeler agreed such policies touted by the left benefit China over the American worker and world.

“It’s important for us to be energy dominant because that helps our allies. So many countries around the world become dependent upon bad regimes such as China for their energy or for their finished products instead of being trading partners with us,” he said. “It’s much better for geopolitical trade negotiations and geopolitical relationships for us to be supplying our allies with natural gas, with finished products, than it is for them to be dependent upon countries such as China.”