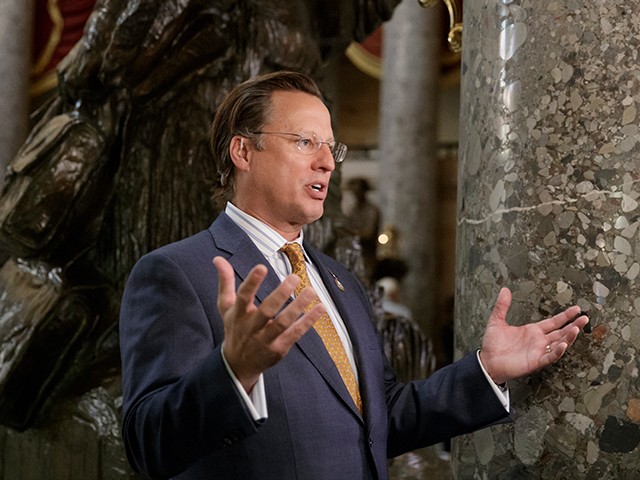 During an exclusive interview with SiriusXM Patriot’s Breitbart News Daily, Brat told Breitbart News Editor-in-Chief Alex Marlow that his opponent, Abigail Spanberger’s campaign, has been astroturfed by Pelosi to stop his re-election.

“The dynamics are $10 million … they have just shifted money from all over the place. Pelosi’s given a million,” Brat said. “She’s got doorknockers from Maryland down here in Virginia I mean by the busloads. She’s got pamphlets going out one a day … They’re just trying to buy the seat.

“The Left is so well-funded,” Brat continued. “She’s well-funded by every leftist group out there.”

Among many of Spanberger’s left-wing positions, Brat said, is her support for sanctuary cities for criminal illegal aliens.

“Some people I don’t think fully get what sanctuary means,” Brat said. “Instead of deporting the criminals and gangs and drug dealers, she wants to offer them sanctuary here, in Virginia at taxpayer expense. That’s just a huge deal.”

As Breitbart News reported, Spanberger previously taught at an Islamic school which became notorious for breeding convicted and suspected terrorists after the September 11, 2001 terrorist attacks.