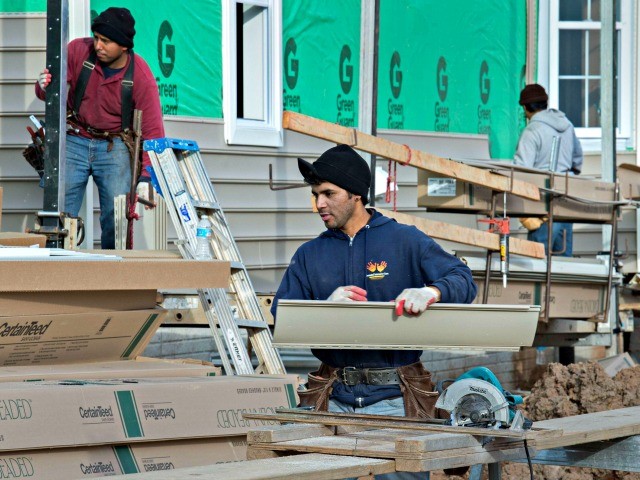 That is what [Democrats] want to do. [Democrats] want to open the borders and bring in cheap labor for the cheap labor crowd and then that, of course, pushes down wage trades for American workers who can’t find jobs. And we’ve got 40 million people out of the workforce still, Americans, who we need to get into the economy. [Emphasis added]

The Trump economy is roaring right now and it’s a great opportunity to get our veterans all back in the labor force, all the kids that maybe didn’t want to go for the full college route maybe back into the labor force. [Emphasis added]

My opponent is way worse than that. [Abigail Spanberger] is open borders. [Emphasis added]

As Breitbart News reported, Spanberger has endorsed amnesty for all 12 to 22 million illegal aliens living in the U.S. saying that the amnesty is necessary to “meet the needs of the employers,” a talking point often spouted by the pr0-amnesty U.S. Chamber of Commerce, Business Roundtable, and Wall Street executives.

In a case of wage depression due to mass immigration, California’s construction industry saw once good wages in the 1980s suddenly decreased and flatlined due to massive amounts of illegal and low-skilled legal immigration to the region.

Blaine Taylor, a whistleblower, said the construction industry in California once offered a starting wage of about $45 an hour in the late 1980s. Fast-forward to 2018 — nearly two decades into when illegal aliens began flooding the industry — he now says that wages have fallen by more than half, standing at just $11 an hour.