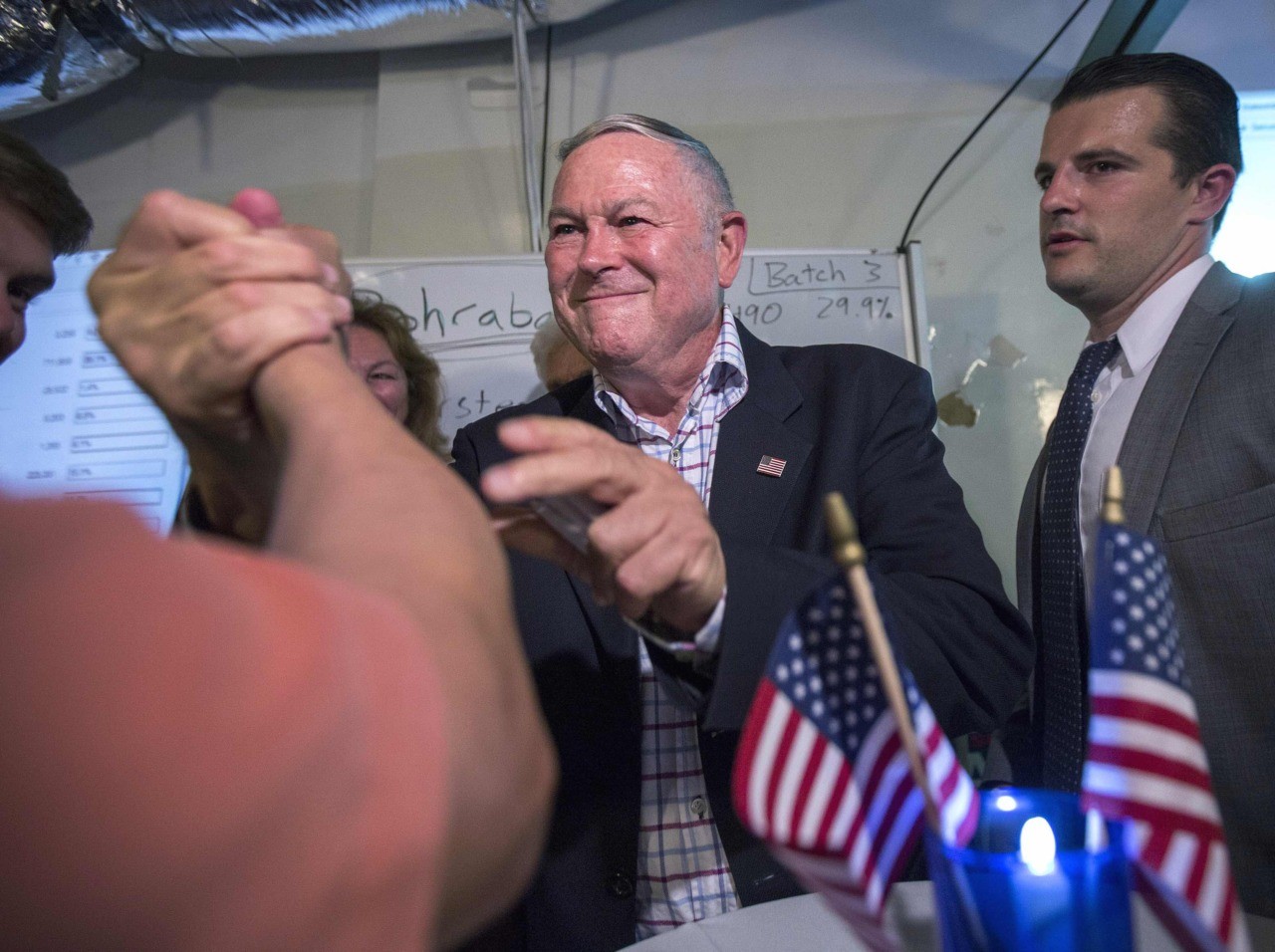 “We’ve learned … that Harvard University and some of the other major universities  have slipped back into an unacceptable practice of discrimination against Asian-American kids even though they had best scores,” he told Breitbart News in an exclusive interview on Thursday.

“Despite meeting the criteria for admissions, they ended up being rejected because [the colleges] wanted less of an Asian-American presence. That’s called racial discrimination, and we can’t accept it.”

On Wednesday, Rohrabacher held an event devoted to the issue at the Vietnam War Memorial at Freedom Park in Westminster, a key landmark for the local South Vietnamese community.

In a statement, he said: “The admissions process at our colleges and universities should be color-blind and ethnically neutral. Standards that unfairly discriminate against one race or ethnicity must be eradicated.

“It is unconstitutional, illegal, and just plain wrong for educational institutions to have admissions policies based on race,” the statement continued. “The supposed benevolent intent of promoting diversity is no excuse for blatant race-based decisions which are unfair and cause great harm to Asian-American children.”

Rohabacher noted that he had also sent a letter to Secretary of Educaton Betsy DeVos asking for a meeting about what her department was doing to address the subject. (The Department of Justice has already weighed in in favor of a current lawsuit against Harvard.)

He told Breitbart on Thursday that in his meeting with DeVos, “we will holler and scream until we get something done.”

Rohrabacher is in a tough re-election fight in the 48th congressional district. His opponent, Harley Rouda, is a former Republican who has criticized Rohrabacher’s support for better relations with Russia.

Rouda is backed by billionaire Michael Bloomberg, a former New York City mayor who now supports gun control and climate change activism, and who is committed to helping Democrats win the house.

“I’m up against a New York liberal billionaire,” Rohrabacher told Breitbart News, saying that he had been outspent ten-to-one. But he was not worried, he said: “My people are smart enough to see a power play.”

In a recent debate on local television, Rohrabacher hit Rouda over his support for Medicare for illegal aliens. Footage later emerged of Rouda threatening to quit the debate because Rohrabacher was using notes. The moderator, Pulitzer Prize-winning journalist Rick Reiff, looked unimpressed by Rouda and his staff.

Rohrabacher said that there were two closing messages in his campaign. “One is that if, indeed, Democrats get control of the House, any of the efforts our presence is making to get control of our border and stop the massive flow if illegal immigration into our country — that whole effort will just flounder and end.”

The other message, he said, is that Democrats “will give us two years of the worst type of negative, hate-filled politics, where they try to obstruct our president and impeach him. America doesn’t need that kind of turmoil.”

He speculated that Democrats had been relying on younger voters, who had been “taught by their professors exactly the wrong things about how a democratic system can work and how an economy can function.”

One issue where Rohrabacher had managed to reach those younger voters has been his long-standing support for the legalization of marijuana. He recently accompanied senior citizens from his district to a marijuana dispensary nearby.

“Cannabis should be left to state and local government, not the federal government,” he told Breitbart News. “A federal police force (the Drug Enforcement Administration) conducting raids far from D.C. is not what our Founding Fathers had in mind.”

He cited the positive medical uses of marijuana: “Now, research that’s been done on cannabis — finally, after they suppressed research all these years — [shows] things that alleviate pain, [and] bring back appetite. Our veterans who are coming back from war say cannabis helps prevent seizures, and gets them off opioids.”

He adds: “I think marijuana has helped me for about 10% of the vote — and not just among young people.”