Jones, who is running for lieutenant governor next year, said that while he believes Georgia’s SB 202, also known as the Election Integrity Act of 2021, does improve some aspects of the voting process, issues such as those he sees involving ballot counting machines and drop boxes still need to be addressed.

“I think it is of utmost importance that we do more than what we’ve already done as far as … 202 is concerned to try to let the people know, our constituents know, that we are listening to them and we are hearing them,” Jones said.

Jones zoned in on a handful of items he is focused on as part of his election integrity efforts.

First, the Georgia Republican noted he introduced a bill last legislative session to revert to using paper ballots only in the state’s next election cycle because, he contended, people do not have confidence in the equipment being used to count ballots. That legislation, he said, is “still alive” and awaiting committee consideration.

Also on Jones’s radar is True the Vote’s ongoing investigation. The conservative election integrity group stated in August that it had spent months investigating cell phone ping data and video surveillance footage, and the group alleges it found illegal activity happening at drop boxes during the 2020 election, including ballot harvesting.

In addition to that investigation, Jones is also awaiting a court ruling, anticipated to come this week, on whether plaintiffs — some of whom are represented by Georgia attorney Bob Cheeley — will get to inspect some 147,000 absentee ballots in Fulton County. Cheeley believes an inspection in Fulton, Georgia’s most populous county, will reveal evidence of voter fraud, per Georgia Public Broadcasting.

“Fulton County’s never been able to run an election properly,” Jones told Breitbart News. “This is not new to the 2020 election. This has been going on for quite some time. We need to take action on Fulton County regardless.”

Jones has also been a fervent supporter of former President Donald Trump as far back as 2015 and was endorsed this month by the former president in his campaign for lieutenant governor. 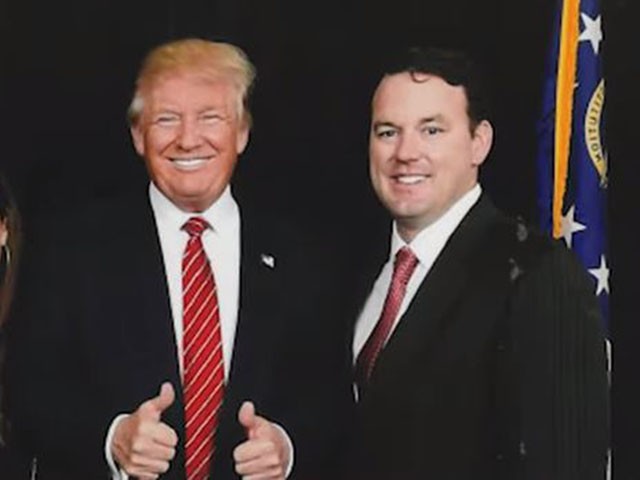 Trump, who has been persistently vocal about his disapproval of Georgia’s management of the 2020 election, praised Jones during his endorsement announcement, saying, “No one has fought harder for Election Integrity than Burt, and no state needs it more.” The former president called Jones a “Conservative warrior” who would “get to the bottom of the Nov. 3 Presidential Election Scam.”

Among the Republicans Jones will face in his primary is state Sen. Butch Miller (R-Gainesville), president pro tempore of the Georgia Senate. Current Lt. Gov. Geoff Duncan (R) announced in May he would not seek reelection.

Jones described the Trump endorsement as “golden in the Republican primary” and said “it’s always nice to have the president in your corner and be so vocal about it.”