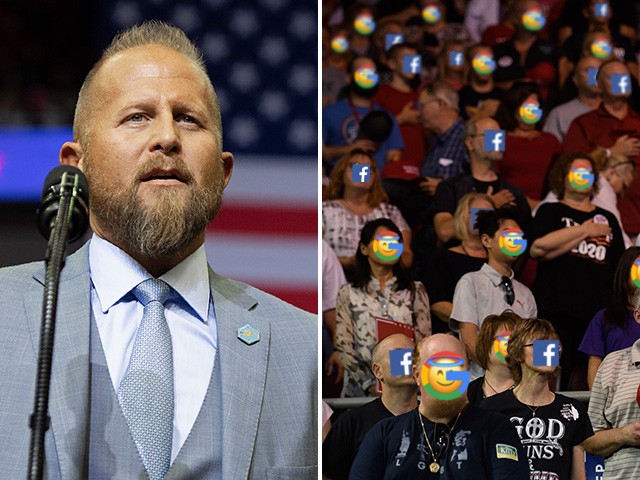 The biggest of the Big Tech companies are quickly positioning themselves as the internet’s thought police, threatening to stamp out one of America’s most cherished freedoms — the right to free speech.

The internet has clearly evolved into the public square of the 21st century. Over the last couple of election cycles, it’s become the number one source for sharing and discussing political and social ideas.

Unfortunately, Big Tech monsters like Google and Facebook have become nothing less than incubators for far-left liberal ideologies and are doing everything they can to eradicate conservative ideas and their proponents from the internet.

Without any sort of public mandate beyond its own ideological predisposition, the Big Tech leviathan is silencing the silent majority. A leaked internal Google brief with the Orwellian title “The Good Censor” proves this point by laying out the search giant’s plan for controlling the internet.

Google begins the report by echoing the liberal contention that free speech is a “social, economic, and political weapon,” calling it a “utopian” idea that’s no longer practical because internet users are “behaving badly.”

The report portrays President Trump as one of those free speech offenders and labels him as a conspiracy theorist for pointing out — correctly — that Google manipulated search results to favor Hillary Clinton in 2016.

Google wants to “police [the] tone” and provide so-called “positive guidelines” (read: don’t go against our views, or else) to create online safe spaces.

Not wanting to be outdone, Google’s sometime-rival, Facebook, just banned dozens of prominent conservative blogs and pro-Trump pages, including one with more than three million followers, less than a month before the midterm elections.

Facebook justified this purge of conservative voices by slapping them with another Orwellian label: “coordinated inauthentic behavior.” It’s unclear whether Facebook would apply that descriptor to its tech cousin Google for recently listing the ideology of the California Republican Party as “nazism.”

What is clear is that Facebook’s election-eve purge has been long in the making. Last year, reporters revealed that radical liberal activist groups have been working with Facebook to crush “propaganda and fake news,” which actually means deleting conservative accounts.

Even Facebook’s removal of 559 pages and 251 accounts wasn’t enough to satisfy its accomplices, who responded by demanding that the social media giant silence what it calls “far-right disinformation pages.” They are especially concerned about right-leaning “meme pages,” which they want purged from the online community simply because they are much more effective than the left-leaning equivalent.

Of course, the Palo Alto Mafia’s obsession with “authenticity,” “civility,” and emotional “safety” that I have called out doesn’t apply to liberal-leaning speech.

Last year, Google fired conservative engineer James Damore for challenging the company’s liberal echo chamber. Former colleagues harassed him, with one branding him a “misogynist” and a “terrible human being” before threatening that “I will keep hounding you until one of us is fired. F*ck you.”

Google’s HR department decided that Damore was the greater liability than his liberal tormentors.

Facebook had a similar in-house drama this year. In August, more than 100 conservative Facebook employees expressed their concerns to executives about the company’s left-wing “monoculture” and bias against conservatives. On Friday, that movement’s leader, engineer Brian Amerige, quit the company in protest against Facebook’s latest purge of conservative accounts.

The internet was once a safe haven for political dissenters. Social media platforms and Google’s predominance as a search engine enabled a digital public square where Americans could go to express their grievances, especially in more recent years. It’s where the silent majority had a voice.

But during the 2016 election, the forgotten men and women of America who turned to social media because they were sick and tired of the establishment swamp in Washington were inundated with pro-Clinton puff pieces when they were just searching for basic facts.

The real and underreported collusion scandal is actually Big Tech’s behind-the-scenes campaign to help Democrats win elections. Though that may not even be the most disturbing thing lurking beneath Silicon Valley’s glass and steel glitz and laid-back, all-organic cafeteria vibe.

Astonishingly, it was recently revealed that Google has also locked arms with China, an ideological soulmate of sorts, to create a censored search engine in the large Communist-controlled nation. Vice President Pence was right when he called on Google to stop aiding a tyrannical government that has killed and tortured dissidents with electric shock, rape, and brutal attacks.

Facebook, long-reluctant to deliver its service to China for fear of getting caught up in censorship and repression, now appears to be strongly considering joining Google in serving that market, too. No great surprise there.

Americans will no longer have a meaningful right to free speech if corporations — especially ones that cozy up to repressive regimes like China’s — are allowed to dictate what is and is not acceptable speech and expression on the internet.

This is an existential threat to our individual liberties as well as our system of government. Google and Facebook have shown that they will not hesitate to use their control over online content to suppress conservative thought and expression. Now, as we approach the midterm elections, they are clearly ramping up their purge of conservatives that first manifest in the 2016 presidential campaign.

Don’t listen to conservatives about this threat — read Google’s report and see the actions of Google and Facebook to recognize that when the freedoms of speech and expression are suppressed, impacting the digital public square as well as the outcome of elections, our civil society is at risk.

Brad Parscale is the campaign manager for Donald J. Trump for President, Inc.