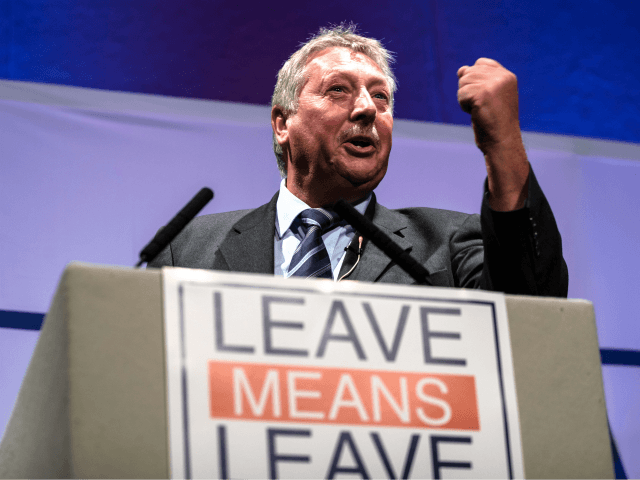 Boris Johnson has been scorned by a senior Northern Irish politician for boasting of a so-called Freedoms Bill on the two-year anniversary of Brexit, with Brexit never having really been executed in the British province.

While the Tory prime minister bragged about finally having “Got Brexit Done” two years ago — long after the people’s vote to Leave the European Union in 2016 — on social media, many in Northern Ireland believe the process is far from over, given the government agreed to leave their region subject to swathes of EU regulations and custom controls, enforced against the British mainland, as part of the Brexit deal.

“The much-lauded Brexit Freedoms Bill will be dismissed as a joke by many in Northern Ireland,” said Sammy Wilson MP, of the Brexit-supporting Democratic Unionist Party (DUP), in comments to Breitbart London.

“Of course, the DUP will support any legislation which truly allows the UK as a whole to capitalise on the benefits of Brexit and cut bureaucratic red tape,” said Wilson, whose socially conservative party has Protestant, working-class roots and strong support among British Unionists in Ulster.

He explained, however, that the Northern Ireland Protocol of Boris Johnson’s Brexit deals means “EU custom laws still apply and can be enforced by the European Court of Justice” in his part of the United Kingdom.

“That is not Brexit,” the veteran parliamentarian insisted.

“Laws into which we have no say,” he emphasised, insisting that Northern Ireland’s status as a quasi-annexed economic satrapy of the EU, half-in and half-out of both the bloc and the United Kingdom, was “not sustainable”.

“Until the Irish Sea Border [between Great Britain and Northern Ireland] is removed, the United Kingdom will never truly be free from the subjugation of the EU,” Wilson declared.

“If the Government actually want to reap the full benefits of Brexit, they will act urgently to take the necessary steps to dismantle the Irish Sea Border. Failure to do so will have political consequences in Northern Ireland.”

Northern Ireland: Another Bus Hijacked and Set on Fire as Anger over EU Sellout Grows https://t.co/qVNMCUF6qO