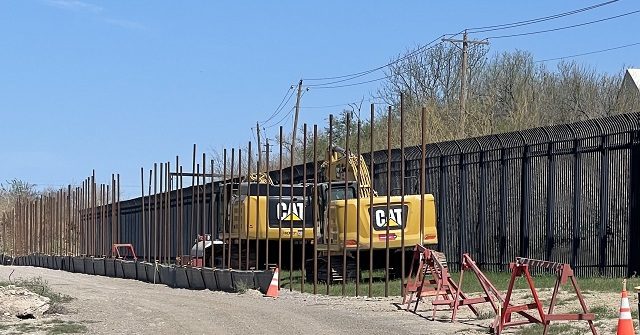 According to the source, the expenditures are required for materials orders placed before the pause and expenses for the cost of equipment sitting idle. When the issuance of a stop work order causes a contractor to idle equipment, they are entitled to be compensated for rental expenses or costs of ownership.

Shortly after taking office, President Biden signed an executive order temporarily halting any further progress on the border wall so individual contracts could be evaluated. With the exception of “make-safe” activities at the worksites, construction projects immediately came to a standstill, Breitbart Texas reported. The end of the 60-day pause does not, however, signal an automatic restart of construction.

Early in the pause, a spokesperson for the United States Army Corps of Engineers (USACE) informed Breitbart Texas that contractors would be informed of a final decision sometime after the 60-day pause concludes. The time was to be used for evaluating each contract to reach a decision to terminate-for-cause or continue.

The Biden administration has not indicated which direction they will take regarding the end of the pause. Little information concerning the immigration crisis on the border has come from the leadership team within DHS and U.S. Customs and Border Protection. Senior officials within DHS reported being instructed not to speak to national media on the issues facing DHS at the border.  Information from other agencies within the new administration is equally elusive. USACE did not respond to a request for information concerning the end of the pause and the border wall contracts currently being evaluated.

As the deadline looms for a decision to be reached, equipment still sits idle. In Eagle Pass, Texas, a 51.9-million-dollar fence contract hangs in the balance. The equipment gathers dust and the contractor still awaits a decision. Other problems appearing along the border may be taking precedent over the status of the border wall contracts.

In recent days, the Secretary of DHS, Alejandro Mayorkas has said “We are on pace to encounter more individuals on the southwest border than we have in the last 20 years,”.  In addition to the surge of migrants that are being apprehended along the border, a significant amount of illegal migrant traffic is also avoiding arrest.  The administration was also not prepared for the onslaught of unaccompanied children crossing the border as policy changes were being made.

In addition to the daily expenses related to the pause of border wall construction, additional costs to taxpayers are likely on the horizon if the administration does decide to close out the contracts permanently.