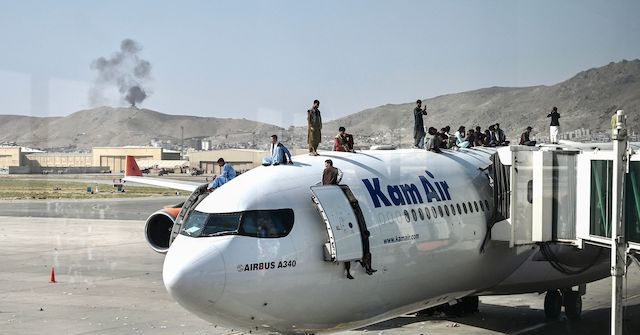 Retired U.S. Marine Mark Geist, who defended American personnel during the 2012 terrorist attack on Benghazi, told Breitbart News on Sunday that the Biden administration’s stated withdrawal from Afghanistan was “appalling” given Bagram Airfield’s status as “the most defensible position” from which the U.S. could evacuate its people and allies from the failed state.

He added, “They had plenty of time to plan and utilize Bagram Air Base, which has the most strategic value there, and the most defensible position. [They could have] done it right, where we could have evaluated and vetted everybody that we were going to take out of there, but instead they came across as weak and it just ended up into … one of the biggest military debacles of a pull-out of a country in a long, long time.”

Geist considered whether U.S. military leadership is composed of yes-men and yes-women unwilling to challenge the Biden administration’s proposals and strategies.

He remarked, “I blamed everyone who had their hand in making the decision to pull out of Afghanistan that way, and if it was put on by the current administration – by President Biden – and those that are in charge [of the military] did not voice their concerns and recommend anything different, then I put it right on their heads.”

He concluded, “Unfortunately … since the Barack Obama administration, our military leadership has gotten weaker and weaker, it seems, or at least more inclined to not question when bad decisions are being made.”