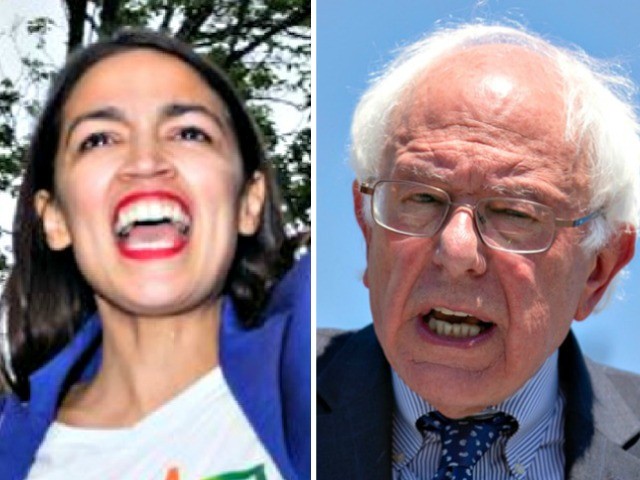 Obamacare was always just a stepping stone to government-controlled healthcare, and now a majority of House Democrats are ready to make that leap across the socialist river with their “Medicare for All” plan.

Ignore for a moment, if you can, the massive tax increase that the plan’s own backers admit would be needed to pay for it — and it truly is massive — and instead, focus just on the care you would purportedly get.

Democrats and socialists have latched on to the “Medicare for All” label for one reason: the generations-old Medicare program for seniors is very popular. People like Medicare because it gives them peace of mind to know that by giving up a portion of every paycheck, they’ll be guaranteed some level of care when they retire, no matter what.

But let’s be honest: most people don’t exactly love the level of care they get from Medicare.

Like all socialist medical schemes, Medicare means rationing. The government chooses which procedures, medicines, and services are covered, and even how much doctors get paid for providing them. Then doctors choose whether it’s worth it for them to accept that amount for a given service.

Fully 90 percent of seniors want more services than Medicare can provide — even as the cost for Medicare consumes 14 percent of the federal budget — and are forced to purchase supplemental insurance to give themselves greater choice and access to the quality of care they desire.

Imagine every person in America being trapped with no choice but the lowest-standard, Medicare-only providers. That’s precisely what will happen when Bernie’s bill makes your current plan illegal.

The Democrats have now dropped the lie altogether from Obamacare. If you like your doctor, forget it, because you’re only going to get the doctor that the “Medicare for All” plan allows.

Medical insurance, as we know it, will cease to exist. No employer will offer you a plan, and you won’t just be able to go out and purchase a plan that suits your needs because the “Medicare for All” plan will be the only basic healthcare plan in America.

The care you get will be determined by government bureaucrats and central planners and you won’t even be able to pay a bit extra to upgrade, because the “Medicare for All” bill specifically bans “deductibles, coinsurance, copayments, or similar charges.”

The only carve out is for supplemental insurance for “additional benefits not covered by this Act.” If the experience of other countries with “single-payer” health systems teaches us anything, it’s that this will create a small market of very expensive, high-quality care that’s affordable only for the super wealthy.

For everybody else, there’s just Berniecare. You can like it or lump it.

And I do mean everybody else. The “Medicare for All” plan goes out of its way to tell us that “all” includes illegal aliens. The bill doesn’t just provide coverage to citizens, green card holders, and visa recipients, but to all “residents” of the United States, a term it leaves up to the government to define.

So, if the incentive for migrants from poor countries to illegally cross our borders wasn’t strong enough already, let’s add this to the equation: once you make it across the border, you immediately get the same health care as every American citizen, courtesy of the taxpayer.

Even those European countries that Democrats always point to as role models for universal health care — the UK, Denmark, and Germany — aren’t so foolish as to make such a promise. Bernie Sanders already estimates his plan will cost $1.38 trillion (trillion with a “T!”) every year. How much will that figure increase after years of promising the entire world “free” health care if they can become “residents” of the United States?

And for that kind of money, liberals are going to expect returns. This first draft of a plan already hints that liberals will use that control to impose their ideology on the American healthcare system.

Under the guise of “anti-discrimination,” the bill contains language that could force religious doctors and hospitals (20 percent of the country’s hospital beds) to violate their precepts against abortion or stop offering medical care entirely. “No person shall, on the basis… [of] pregnancy and related medical conditions (including termination of pregnancy), be excluded from participation in, be denied the benefits of, or be subjected to discrimination by any participating provider,” the text reads.

Think that’s innocuous? Then note that liberal groups such as the ACLU are already suing Catholic hospitals to force them to abandon their pro-life policies on the grounds that they harm pregnant women.

If the American people wanted a socialized healthcare system, we would have created one decades ago. Instead, we’ve created a market-oriented system that provides incredibly high levels of care and choice while guaranteeing the coverage of pre-existing conditions — something Republicans and President Donald Trump have pledged to protect no matter what.

We should look at other countries’ experiences and strive for the best healthcare system in the world — not settle for the socialist medicine, pro-open borders, anti-religious freedom nightmare that is “Medicare for All.”

Bernie Sanders’ “Medicare for All” fiasco is attracting broad support from Democrats across the country, which is why we can’t afford to let them take control of Congress in the midterm elections.