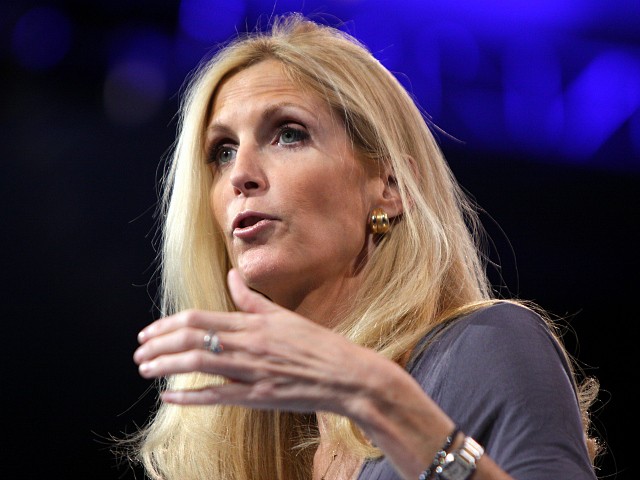 New York Times best-selling author and populist conservative columnist Ann Coulter says the Republican Party is “just at the point of extinction without a shot” due to mass illegal and legal immigration to the country that continues importing more than 1.5 million immigrants a year.

In an interview with SiriusXM Patriot’s Breitbart News Daily, Coulter told Breitbart News Editor-in-Chief Alex Marlow that the United States — due to mass immigration and rapid demographic shifts — will be electorally dominated by Democrats indefinitely in “about five more years,” calling Trump “the last Republican president.”

I have very little hope for the country. It’s going to be bad, it’s going to be Brazil first, we’re about to lose Texas and Florida. Those elections were razor thin. And every day, more and more immigrants turn 18 and start voting, canceling out all your votes. It’s about five more years, Trump will be the last Republican president. [Emphasis added]

While Coulter blasted Trump’s record on immigration thus far, noting that a border wall still has not been built and the president has yet to sign an executive order ending the country’s anchor baby policy, she also took a shot at “idiot Republicans” who have yet to acknowledge the immigration crisis facing the nation.

They’ve been bragging about ‘Ha ha ha, we changed the demographics!’ And idiot Republicans are running around arguing about the import-export bank or even abortion. Look abortion is important, [but] you lose everything conservatives, whatever you think is the most important issue, gun rights, abortion, anything the Supreme Court does, anything the Congress does. If you never have another Republican president, nor — I might add — another Republican Senate or House, I mean the demographics that changed … have already flipped California, are about to flip Texas and Florida and various other states, smaller states … we’re just at the point of extinction without a shot. [Emphasis added]

All of our votes are being canceled out by immigrants, 80 percent of whom block vote for the Democrats. [Emphasis added]

As Breitbart News has extensively reported, the U.S. is on track to import about 15 million new foreign-born voters in the next two decades should current legal immigration levels continue.

Those 15 million new foreign-born voters include about eight million foreign voters who will arrive in the country through the process known as “chain migration,” whereb newly naturalized citizens can bring an unlimited number of foreign relatives to the U.S.

Additionally, congressional districts with large foreign-born populations have become strongholds for Democrats, giving them near electoral dominance. This was most recently evident in the 2018 midterm elections where Orange County, California — a once conservative region of the state — elected all Democrats as the demographics of the county have shifted due to mass immigration.

Congressional districts with the largest foreign-born populations in the country, like New York’s 14th District where the foreign population is nearing 50 percent, elected some of the most far-left Democrat candidates, Breitbart News noted.

Democrats like former San Antonio, Texas mayor Julian Castro admit that mass immigration to the U.S. will result in Democrat dominance for generations in swing states.

The Hispanic vote in Texas will continue to increase. By 2024 Democrats can win Texas, Arizona and Florida. A big blue wall of 78 electoral votes. https://t.co/6FT0NJyjyP

Every year the U.S. admits more than 1.5 million foreign nationals, with the vast majority deriving from chain migration. In 2017, the foreign-born population reached a record high of 44.5 million. By 2023, the Center for Immigration Studies estimates that the legal and illegal immigrant population of the U.S. will make up nearly 15 percent of the entire U.S. population.