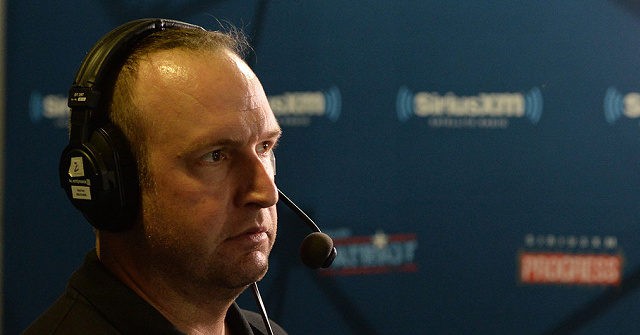 Today’s “woke left” has replaced “pearl-clutching conservatives from the 80s” as the new champions of censorship, Andrew Wilkow, host of SiriusXM’s the Wilkow Majority and BlazeTV’s Wilkow, said on Tuesday.

“I’m old enough to remember the [Parents Music Resource Center] and the hearings led by Tipper Gore, a progressive Democrat,” he said on SiriusXM’s Breitbart News Daily with host Alex Marlow, author of Breaking the News: Exposing the Establishment Media’s Hidden Deals and Secret Corruption. “It used to be that if you had really obnoxious lyrics like 2 Live Crew that you can count on the H.W. Bush-era blue blazer khaki pants Republicans to get up in arms and say, ‘This is going to bring down society. The children’s minds are being poisoned.’”

He continued, “Now that the entire script is flipped, and it’s the woke left that’s perpetually [offended]. Look at this thing with Snow White. They want to ban Snow White because the kiss was not consensual. She was dead. The kiss brought her back to life. You have made pearl-clutching conservatives from the 80s look like Cardi B by comparison. You are offended at literally everything. Everything offends you.”

“We have won that war,” he determined.

Wilkow described bands such as Rage Against the Machine and Green Day as disingenuous dissidents given their support for left-wing orthodoxies and politics.

Millionaire celebrities publicly whining about hardships during lockdowns and shutdowns — ostensibly decreed by authorities as public health measures — exemplify the absurdity of much of the popular culture, Wilkow determined.

He stated, “When you hear an artist fretting that they’re trapped in their mansion or showing us their international vacations while telling us to stay home, I think you’re right. I think Breitbart is kind of leading on this, [on] the absurdity of our entertainment industry. It’s not fun anymore when you have millionaire celebrities fretting that their private jet to Mexico took too long.”

Wilkow recalled that Johnny Rotten, lead singer and frontman for the Sex Pistols, praised Trump as an “outsider.”

“Johnny Rotten — who hated basically everyone — when he was on my program, he was talking about how much he loved Trump because he saw Trump as the ultimate outsider, ultimate anti-authority, [and] ultimate anti-establishment figure who is going to do things that were not in the vein of the establishments of either political party,” he concluded.