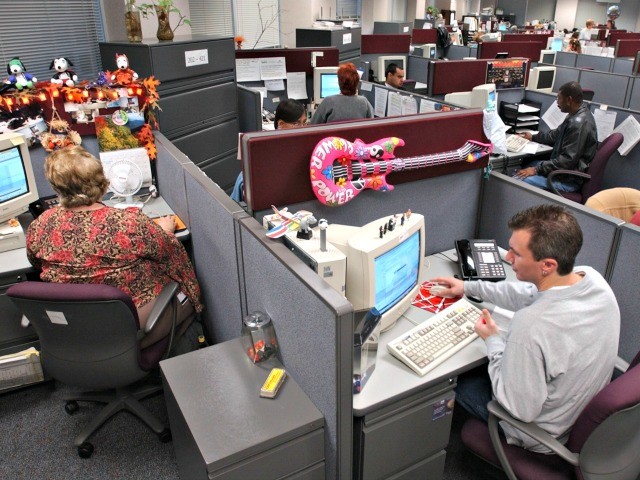 The “end goal” of a $700 million deal that multinational corporation Verizon has cut with the country’s largest outsourcing firm, Infosys, is to eventually lay off thousands of American workers and send their jobs to India, workers exclusively tell Breitbart News.

Exclusive interviews with American Verizon workers — the majority of whom have been loyal employees of the corporation for more than 25 years — reveal that the deal to outsource all Verizon IT to Infosys is designed to send American jobs to India, the workers say.

As Breitbart News reported, Verizon announced this month the partnership with Infosys, one of the biggest multi-billion dollar outsourcing firms in the U.S. that has been accused of undercutting American workers and discriminating against black and white Americans in favor of Indian nationals.

A Verizon worker who spoke anonymously to Breitbart News said Infosys executives admitted during a town hall meeting of workers that the “end goal” of the outsourcing scheme was to eventually have American workers train Indian nationals in India and then send their jobs to India, altogether, and lay off the U.S. employees.

“The Infosys executive said their goal is to have us train the employees in India and then we would send the jobs there to India,” the American worker said.

The outsourcing scheme would hit at least 2,400 American workers, the Verizon employees say, though others say the plan will expand to the point where 5,000 American jobs are offshored to India.

One American worker who spoke to Breitbart News anonymously said she has had panic attacks since finding out the company she has worked at for more than 20 years may soon lay her off to send her job to India.

“I have maybe about a collective eight hours sleep since the announcement was made,” the worker said. “I’ve not been able to keep food. I have had nightmares every night.”

She said not a single American worker at Verizon that she has spoken to wants to transition over to Infosys, where they are only guaranteed their job for a year.

“No one wants to go to Infosys,” she told Breitbart News.

As Breitbart News reported, Verizon is also targeting 44,000 of their workers to force them to resign and take a hefty severance package or stay on at the corporation until they are eventually laid off and not eligible to receive the severance.

The American Verizon workers say 2,400 employees will be asked to transition to Infosys on October 8 and from there, they say the corporation is only giving these “rebadged” employees a week to give an answer.

The outsourcing and offshoring of American jobs to foreign countries is a business model that has been used by multinational corporations with little to no government repercussions. Corporations like AT&T, Harley-Davidson, Ralph Lauren, Nike, and IBM have all laid off Americans in order to send their jobs overseas.

The outsourcing scheme is likely to be similar to AT&T’s outsourcing-offshoring business model, which has left thousands of Americans laid off while their jobs move overseas.

A Verizon spokesperson did not respond to a comment request at the time of this publication.