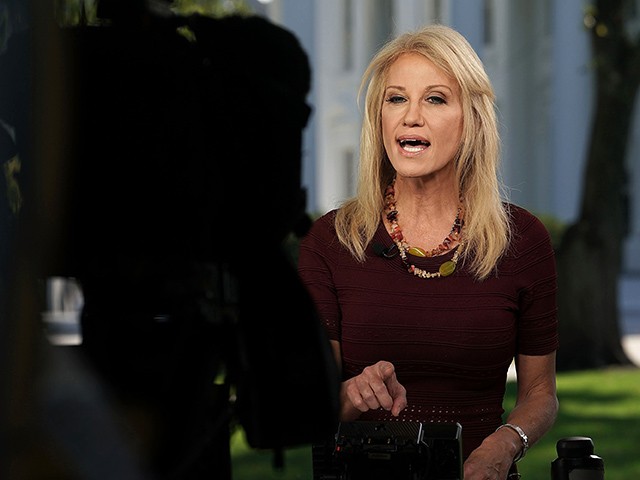 Monday on ABC’s “The View,” former White House aide Cliff Sims, author of the soon-to-be-released “Team of Vipers,” said at the same time he was writing a statement denying senior counselor to the president Kellyanne Conway was leaking, she was texting leaks to reporters.

When asked about Conway leaking to half a dozen reporters, Simms said, “I was offended that day because I was called to her office to help her write a statement responding to accusations that she would off-the-air say bad things about Donald Trump. So I’m sitting on her laptop, writing this statement, and her iMessages are synced. So I can see as she sits at her desk texting, I can see what she’s saying, and she’s doing exactly what I’m supposed to be writing a statement defending her about.”

Sunny Hostin asked, “So she was leaking as you are typing?”

Sims answered, “As I’m typing—doing it.”