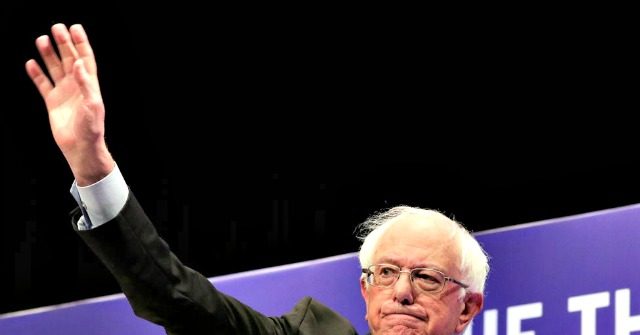 Presidential hopeful Sen. Bernie Sanders (I-VT) has long been a supporter of leftwing causes important to women, including favoring abortion on demand and opposing the Hyde Amendment that prevents taxpayer funding for the procedure. He has also worked for equal pay for women in Congress.

But today’s leftwing women aren’t convinced that he is the right one to tackle issues they care about.

The Daily Beast reported that reaction to his recent appearance at the She the People Summit — a summit for leftwing “women of color” — was “chilly.”

Unlike the other 2020 candidates at the forum—including another white man—several of Sanders’ responses were met with groans. At one point, he answered a question about the recent increase in hate crimes by turning it back to a conversation on universal health care, drawing boos.

The reaction to Sanders did not surprise women’s rights advocates. The senator has one of the strongest and longest records on reproductive rights and pay inequality of the 2020 contenders, but he’s often criticized for not taking leadership on or prioritizing these issues—and, more recently, for failing to learn from his past missteps.

“You can put lipstick on the pig, but in the end, the senator is someone who is actually very proud of not changing his ideas,” Sarah Slamen, who helped with Sanders’ 2016 campaign in Texas and Lousiana, told The Daily Beast.

“I want to believe that old dogs can learn new tricks, but I don’t see it with this dog,” Slamen said.

The Daily Beast noted Sande’ longtime support for the Equal Rights Amendment and his push for family leave laws.

If we believe that a woman has the constitutional right to control her own body, that right must apply to ALL women, including low-income women. That is why I have consistently voted against the Hyde Amendment and why, as president, I would eliminate it.

And Sanders’ campaign defends his record when it comes to women’s issues.

“Bernie has been a decades-long champion for women’s rights, and as president, he would be a tireless advocate for gender equity, diversity and inclusion in policy and in practice, as he is today,” the campaign told The Daily Beast.

“The problem for some, however, is not with Sander’ policies, but the way he presents them,” the Daily Beast reported. “His laser focus on economic issues has pushed his stance on gender issues to the background, at a time—post-#MeToo movement, with more women in Congress than ever before—when many feel they should be at the forefront.”

But some women say policy positions are not enough.

“It can’t just be the polices,” Destiny Lopez, co-director of the All* Above All Action Fund, who attended the She the People summit, said in the Daily Beast report. “You have to be able to engage in a dialogue about race and gender and the inequities in our system as a result of those two dynamics in particular.”

“We have to be able to talk about it because we’re never going to be able to address those issues head-on just through policy,” Lopez said.

The Daily Beast compared how Sanders responded to laws proposed or put into place in several states to protect the unborn.

Leftwing women were also upset, according to the Daily Beast, when Sanders told NBC’s Chuck Todd that “sex-selective” abortion is a serious issue.