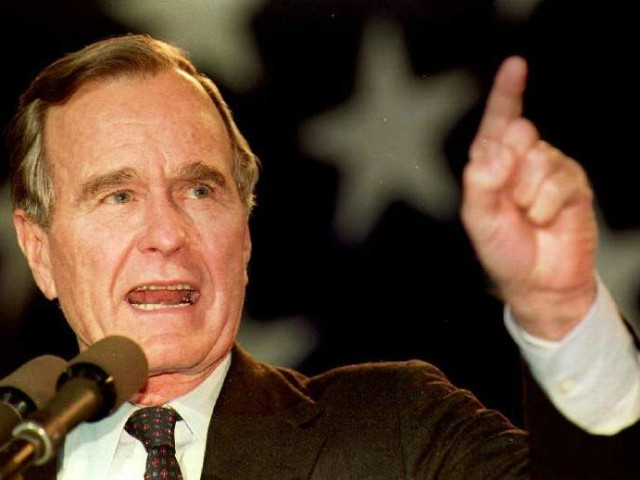 Former President George H.W. Bush is being remembered this week through a host of events commemorating the life of the man who passed away last Friday.

Family, friends, former presidents, and many more gather Wednesday at the National Cathedral for a funeral ceremony honoring the life of former President Bush. Wednesday, December 5, 2018, has been designated a national day of mourning for the former president:

Bush passed away on Friday, November 30, 2018, at 94 years of age. His body was placed Monday on the plane that serves as Air Force One to be flown to Washington, DC.

Bush’s body will be transported back to Texas after Wednesday’s funeral, where, on Thursday, there will be a funeral service in Houston at St. Martin’s Episcopal Church, according to PBS. Following the ceremony, he will be transported via train to College Station, Texas. The train will stop at Texas A&M University. He will be interred at the George H.W. Bush Presidential Library and Museum.