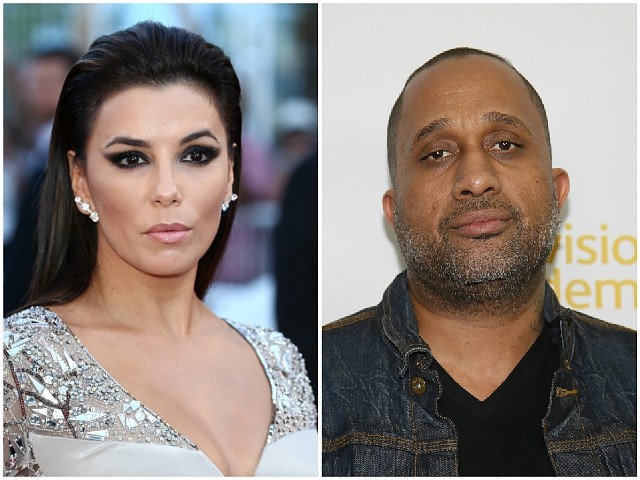 Actress Eva Longoria and Black-ish creator Kenya Barris ripped President Donald Trump at an American Civil Liberties Union (ACLU) event in California on Monday, with the former claiming she is “more American” than Trump himself.

After being presented with the Union’s ‘Bill of Rights Award,’ Barris, whose ABC sitcom Black-Ish regularly focuses on issues of racial justice in modern America, used his acceptance speech to decry how President Trump supposedly sees people as “thoughts and concepts” rather than human beings.

“We need to see people as not just ideas but as actual people,” Barris said. “It’s so tragic to me that Mr. Trump, I refuse to call him ‘President Trump,’ sees people as things — he sees them as thoughts and concepts, and for future generations, we have to stop that.”

“I’m very, very proud that Black-ish is a show that allows people to see that we’re much more alike than we are different and that our differences actually should be celebrated because that’s what makes us better as a country,” he continued.

Meanwhile, Eva Longoria was also awarded a “Bill of Rights Award” for her support to various left-wing and charitable causes. She also used her speech to plug her charitable foundation for Latina women, declaring that she is “more American” than Donald Trump himself.

“In the current political climate, we’re one of the groups facing the most discrimination. I’m ninth-generation American. I’m more American than Donald Trump,” Longoria said.

“That’s when I decided to start the Eva Longoria Foundation with the idea that I wanted to narrow the opportunity gap and the economic gap that exists for Latinas,” she continued. I decided to focus on women because if women ran the world, it would be a better place. Women are the majority of this country. We’re not a special-interest group.”

The 43-year-old actress is one of Hollywood’s many left-wing activists, she has previously compared Donald Trump to Hitler. Last month, the former Desperate Housewives star released a video alongside actress Julianne Moore thanking Christine Blasey Ford after she accused Supreme Court nominee Judge Brett Kavanaugh’s of sexual assault, despite providing no corroborating evidence of the incident.