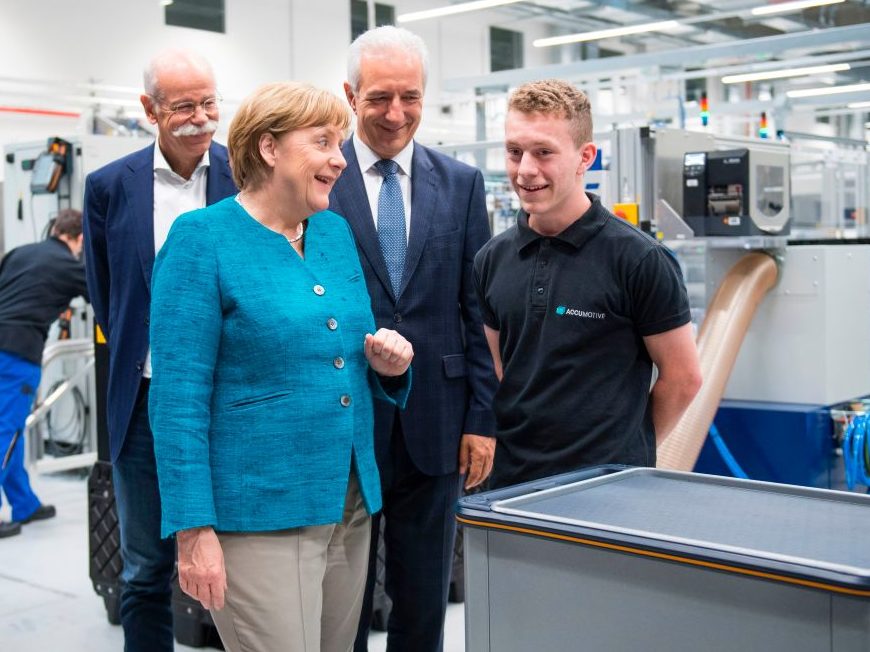 Eurozone growth remains slow, and has performed worse than expected in the latest figures released Friday which saw the Euro currency stumble as slowing German exports were shown to be behind the European powerhouse’s first GDP contraction since 2015.

Bad economic results plagued the Eurozone Friday, forcing the Euro currency into a fall as hopes for the financial union’s members to bounce back were dashed. Eurozone economic growth was slower than predicted following falling export figures — thanks in part to Germany and France’s decision to engage in a trade war with the United States — and growth could fall as low as 0.2 per cent in December, reports Reuters.

The European Union’s Euro currency Eurozone staved off outright recession, however, unlike Germany which saw the nation’s first quarterly economic contraction since 2015 this year, shrinking by 0.2 per cent in the third quarter. While the German economy is still overall healthy and one of the largest worldwide, the stagnation will stoke fears that after a decade of growth the nation has peaked in this cycle.

The gloomy news for the European economy comes amid continued strength for the United Kingdom, which has recently topped the European ‘big four’ of Germany, France, Italy, and the UK for GDP growth in the third quarter of 2018. Wages for workers are outpacing expectations and unemployment is at a historic low as Britain continues to defy the predictions for a sudden and massive economic collapse made by former Chancellor George Osborne as he warned against a Brexit vote.

Writing in the Daily Telegraph, Capital Economics chairman Roger Bootle illustrated the gulf between the claims of pro-European Union campaigners and reality over the past 30 years, which has seen countless campaigns to force Britain’s integration into Europe, but the nation persistently faring better off outside it. Bootle wrote:

…the overwhelming majority of the establishment, including the BBC, business bigwigs and establishment newspapers, was in favour of joining the euro. Indeed, it foresaw dire consequences if we failed to join. In view of these forebodings, the outcome is particularly interesting. Since the euro was formed in 1999, the German and French economies have grown by 32pc, the Italian economy by 9pc – and the poor old UK, self-excluded from the enormous benefits of the euro, has grown by 44pc. Funny, that.

Osborne warned that “not a single serious economist does not think Brexit will be bad for the economy” in 2016, but a number of organisations have since performed U-turns on their dire predictions.