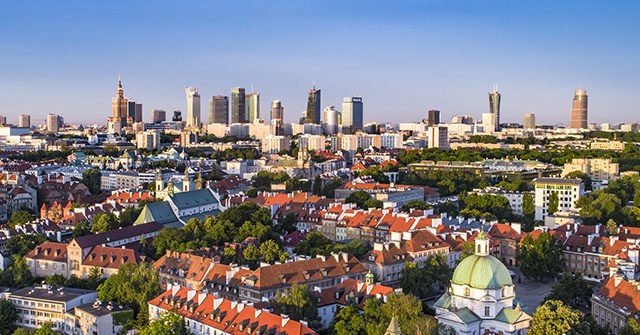 ROME — The European Parliament (EP) has attacked Poland over its “Regional Charters of Family Rights,” asserting that they represent “discrimination and attacks against the LGBTIQ community.”

Charters that define marriage as the union of one man and one woman “use a very narrow definition of the family,” the EP stated in a formal resolution Thursday declaring the European Union (EU) an “LGBTIQ Freedom Zone.”

Adopting a traditional understanding of marriage and family is an assault on “equality,” the EP insisted, noting “LGBTIQ rights are human rights” and “the right to equal treatment and non-discrimination is a fundamental right enshrined in the EU Treaties and in the Charter, and should be fully respected.”

Since March 2019, “over 100 regions, counties and municipalities across Poland have adopted resolutions declaring themselves free from so-called LGBTI ideology or have adopted ‘Regional Charters of Family Rights,’” the resolution laments.

These Regional Charters of Family Rights “use a very narrow definition of the family, while calling on municipalities to protect family rights in all their policies, initiatives and funding,” the resolution declares, and “by focusing only on these types of family, the Regional Charters are indirectly calling for discrimination against all other forms of families.”

Poland is not alone in its guilt of clinging to antiquated Christian notions of marriage and family, the EP declares.

The Hungarian town of Nagykáta also adopted a resolution banning the “dissemination and promotion of LGBTQ propaganda” in November 2020, the resolution states, which discriminates “directly and indirectly against LGBTIQ people.”

The EP cites the praiseworthy example of Norway, which “withdrew from granting funds to the Polish regions, counties and municipalities which had adopted resolutions declaring themselves free from so-called LGBTI ideology or had adopted ‘Regional Charters of Family Rights.’”

Neither Poland nor Hungary recognizes the marriage of two persons of the same sex.

In its resolution, the EP condemned the Hungarian Parliament’s adoption of pro-family constitutional amendments in December 2020, insisting they “further restrict the rights of LGBTIQ people, neglect the existence of transgender and non-binary persons and restrict their right to family life” while also stripping “non-married couples of the right to adoption.”

As Breitbart News reported, the amended text states “Hungary protects children’s right to an identity conforming to their birth gender and ensures education in accordance with the values ​​based on Hungary’s constitutional identity and Christian culture.”

The amendments also define the family as “based on marriage and the parent-child relation. The mother is a woman, the father a man,” in what pro-family organizations hailed as a victory for marriage in the midst of an increasingly hostile and ideologically charged environment.

Following the passage of the amendment by a vote of 134 in favor and 45 against, Prime Minister Viktor Orbán’s communications office stated that the Constitution “now protects a child’s right to identify with their gender at birth and an upbringing based on Hungary’s constitutional identity and Christian culture.”

An explanatory text accompanying the legislation states that western ideology is changing in a way that necessitates guaranteeing the child’s right to self-identity in line with their gender at birth in order to protect the child from mental or biological intervention affecting their physical and mental well-being.

The European Parliament has already been on a collision course with Poland, passing a resolution last November condemning the High Court’s decision to outlaw eugenic abortions.