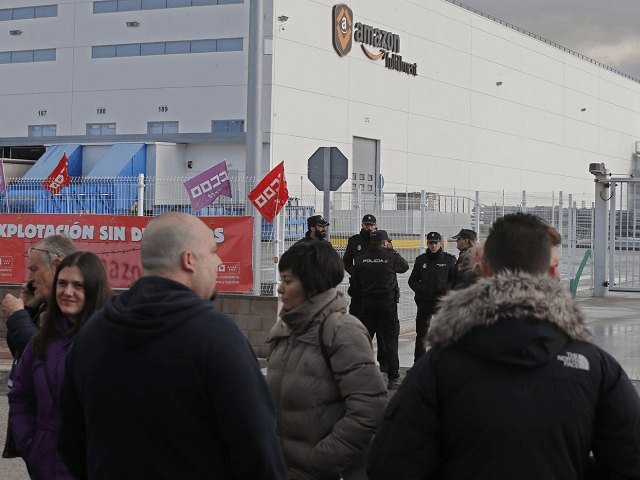 MADRID (AP) – Some of Amazon’s workers in Europe are protesting against what they call unfair work conditions, in a move meant to disrupt operations on Black Friday.

Amazon Spain said around 90 percent of workers at a logistics depot in near Madrid joined a walkout Friday. Only two people were at the loading bay, spokesman Douglas Harper said.

However, he said Amazon had diverted cargo deliveries to its other 22 depots in the country.

“It is one of the days that Amazon has most sales, and these are days when we can hurt more and make ourselves be heard because the company has not listened to us and does not want to reach any agreement,” said Hernandez, who has worked for five years at Amazon.

Unions in Britain said they would stage protests at five sites to complain about safety conditions. Amazon said the safety record at its warehouses is above the industry average. Protests were also reported or due in France and Germany.