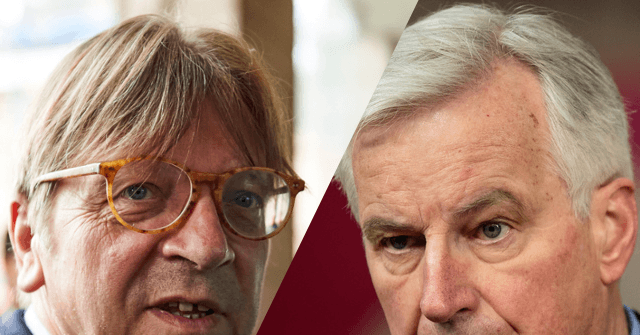 The European Union’s senior Brexit administrators have said that after MPs ruled out all four soft-Brexit options, a clean exit is now “nearly inevitable.”

“On Wednesday, the UK has a last chance to break the deadlock or face the abyss.”

His comments were followed by those of Brussels’ chief Brexit negotiator Michel Barnier, who told an audience at the European Policy Centre event in Brussels on Tuesday morning, “No deal was never our desired or intended scenario.”

“But the EU27 is now prepared. It becomes day after day more likely,” Mr Barnier said, in comments reported by The Guardian.

Mr Barnier continued that at this stage, the EU would demand either the UK’s parliament pass Prime Minister Theresa May’s controversial Withdrawal Agreement, request a long delay — which the Eurocrat said would require “strong justification” to be granted by the EU27 — or prepare for a clean, no deal Brexit.

MPs voted to take over Commons business and to hold a series of ‘indicative’ (non-binding) votes to find a parliamentary consensus on alternatives to May’s agreement; however, in both last week’s and last night’s votes, all 12 options were rejected, with another series of votes planned for Wednesday night.

Barnier holds out hope, however, for a deal to be passed, saying that he has “some patience left” in negotiations.

If MPs vote on Wednesday in support of a soft Brexit with a customs union, the political declaration portion of Mrs May’s deal on the future relationship between the UK and EU could be changed, Mr Barnier said, adding, “We’ve always said we can accept a customs union or our relationship along the style of the Norway model. The political declaration can accommodate this today.”

However, whilst Remainers are holding out hope that by whittling down the options in numerous indicative votes there will eventually be support for an option demanding a closer union with the EU post-Brexit, recent votes have revealed that there is no majority appetite amongst lawmakers for a customs union.

Number 10 is holding a marathon Cabinet meeting this morning, with suggestions that Mrs May could discuss trying to bring her agreement back for a fourth vote; however, the consensus within Cabinet may be shifting in favour of a clean Brexit.

Foreign Secretary Jeremy Hunt has reportedly become the 14th reported Cabinet minister to back no deal, out of a Cabinet of 23 ministers. The Telegraph reports that 170 Tory MPs signed a letter to Prime Minister May backing no deal, that number including 30 ministers and 12 party whips.

While a survey of Conservative Party members by the ConservativeHome website found that 75 per cent back a clean break and 70 per cent back a ‘managed’ no deal — an option reportedly backed by 200 MPs — with support for soft Brexit options and revoking Article 50 ranging from between just nine and 25 per cent.

Eurocrat Juncker Calls Cameron ‘One of the Greatest Destroyers of All Time’ https://t.co/3l9jbj5ToT