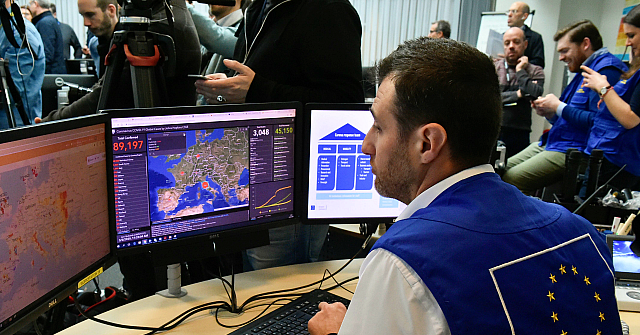 WASHINGTON (AP) – The European Union on Saturday urged President Donald Trump to rethink his decision to terminate the U.S. relationship with the World Health Organization as spiking infection rates in India and elsewhere reinforced that the pandemic is far from contained.

Trump on Friday charged that the WHO didn’t respond adequately to the pandemic and accused the U.N. agency of being under China’s “total control.”

The U.S. is the largest source of financial support for the WHO, and its exit is expected to significantly weaken the organization. Trump said the U.S. would be “redirecting” the money to “other worldwide and deserving urgent global public health needs,” without providing specifics.

The head of the EU’s executive arm urged Trump to reconsider. “The WHO needs to continue being able to lead the international response to pandemics, current and future,” European Commission President Ursula von der Leyen said. “For this, the participation and support of all is required and very much needed.”

The WHO wouldn’t comment on the announcement but South African Health Minister Zweli Mkhize called it an “unfortunate” turn of events.

“Certainly, when faced with a serious pandemic, you want all nations in the world to be particularly focused … on one common enemy,” he told reporters.