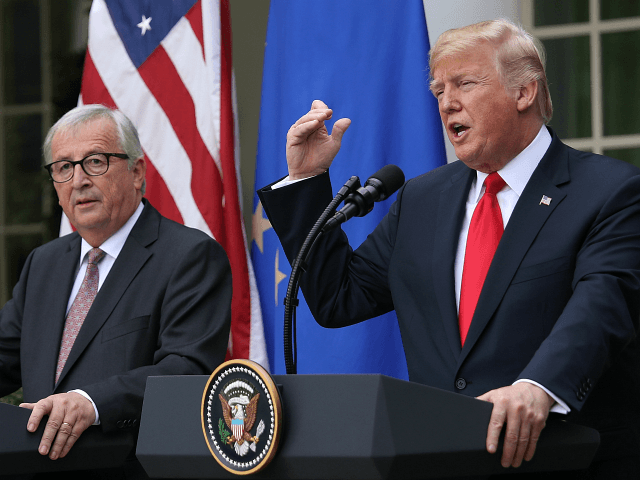 In a letter to be sent to members of U.S. Congress on Wednesday, the delegation for U.S. relations criticized “the increasingly harmful approach from the White House,” and condemned the demotion of the EU ambassador to the U.S. in the largely ceremonial Diplomatic Order of Precedence to “the bottom of the list.” Germany’s Deutsche Welle reported that the State Department had made the change at the end of last year without notifying Brussels.

In the letter, obtained by The Associated Press, the delegation pleads that both sides “not undermine each other.”

“The Trump administration could not have chosen a worse moment to attack the EU,” Marieke Schaake, the vice-chair of the EU delegation, told the AP.

Instead of fighting, the 28-nation EU and U.S. should stand together to “face shared challenges from countries such as China, Russia and Iran,” Schaake said.

Since the start of his presidency, Trump has upset the decades-old tight relationship between Washington and the EU, slapping steel tariffs on EU imports, threatening tariffs on cars, ditching a deal the two sides have negotiated with Iran to contain its nuclear threat, and walking away from a global climate agreement pushed by the EU.

On top of that, the EU legislators complained that Trump and top administration officials “lambast the EU as bureaucratic … and have praised populist and nationalist movements” in the face of sitting EU governments. The legislators feel all of this crystallized in the diplomatic snub.

“Such moves play into the hands of rival global powers and can only lead to greater fragmentation rather than much needed increased cooperation,” the letter said.