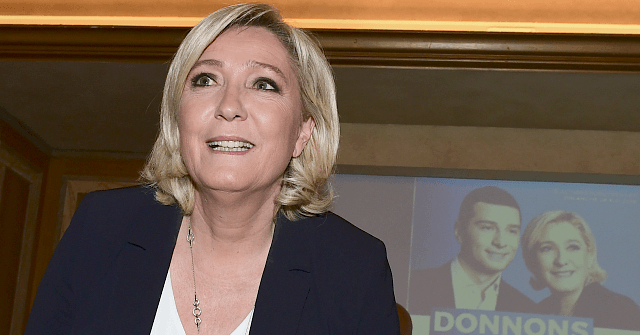 President Emmanuel Macron has urged the French to vote for pro-EU parties in Sunday’s European Parliament election to stave off the threat of “nationalists.”

The leader of the globalist-progressive La République En Marche (LREM/Republic on the Move) claimed that despite being the president, who should remain above the fray of national elections, he had to intervene because of the role he plays in bringing forth the “new stage of the European Project.”

“I cannot be a spectator, but an actor in this European election which is the most important since 1979 [when the first European Parliament elections were held] because the Union is facing an existential risk,” he said in a joint interview on Tuesday with a number of regional newspapers.

Notably absent amongst the newspapers reporting were the Voix du Nord and Télégramme Brest, which boycotted the interview over the request that articles be read and edited by Macron officials at the Élysée before publishing. French media has in the past expressed concern about the “Jupiterian” president’s attitude towards press freedom after a number of alleged attempts by the Macron government to impose restrictions freedom on the press.

Mr Macron continued by saying that “the enemy of Europe is one who does not believe in its future. The nationalists who want to divide it are its greatest enemies.”

The comments follow those made Monday when he called for a “grand coalition of progressives” across the EU to defeat “those who want to destroy Europe through nationalism.”

The French president has railed against patriotic nationalism in the run-up to the European Parliament elections. Last year, he branded nationalism “treason,” saying he would destroy nationalist conservatism because Europe had to become a “model for a humanist refoundation of globalisation.”

A number of polls published in the last 24 hours have put Ms Le Pen’s populist National Rally between half a percentage to 1.5 per cent ahead of Macron’s LREM. The right-wing firebrand recently referred to the EU election as a “referendum” of the Macron presidency and demanded that “if he loses this election, then he will have to leave.”

Speaking at the party’s last campaign rally in Villeblevin on Tuesday, Ms Le Pen condemned the “immigrationist, Mercantile, and post-national logic” of the EU and urged voters to back her party, declaring, “You only have France to defend you, and France has only YOU to defend it.”

Le Pen: Together With Populist Salvini, Real Change in Europe Is Possible https://t.co/IKvOMGlBlP