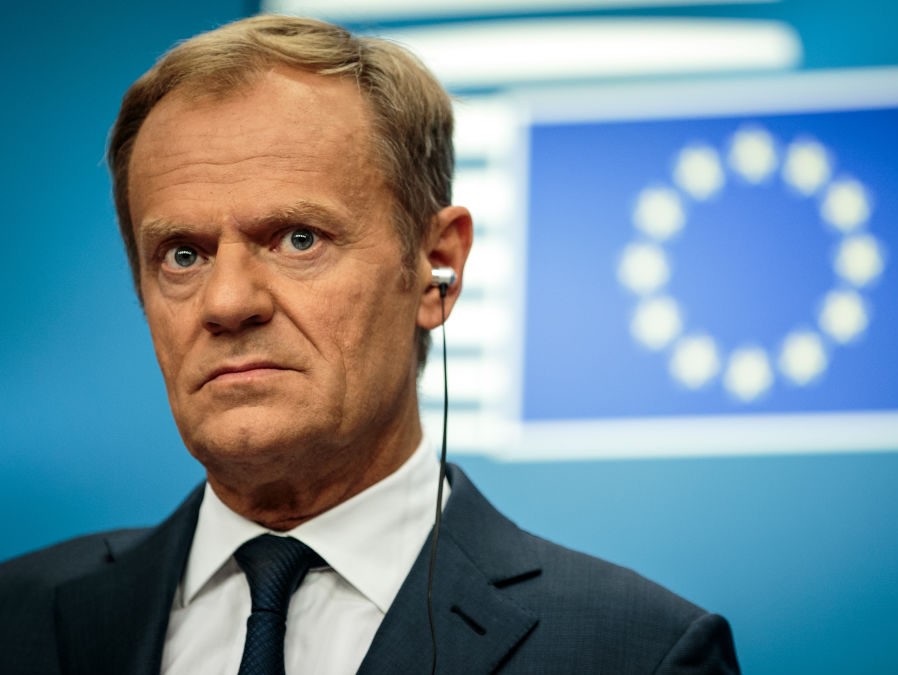 Populist sentiment poses a “fundamental threat” to the EU, European Council president Donald Tusk has said, proclaiming next year’s elections a battle between pro-sovereignty “brownshirts” and plans for a globalist superstate ruled from Brussels.

In an interview with Gazeta Wyborcza Saturday, the Polish politician attacked U.S. President Donald Trump for lacking sufficient enthusiasm over the prospect of a “united and strong Europe”, before comparing conservative political movements in the EU to national socialist paramilitary forces from the 1930s.

“It cannot be ruled out that there will be two streams represented: one in the colours of the brownshirts — anti-European and focused on nationalism, and the second which wants to push as much as possible for EU integration,” he told the liberal, George Soros-backed newspaper.

Tusk repeated these remarks later in the day at an event in Łódź, Poland, where he grouped together pro-Brexit sentiment, Europeans who support Brexit, those who are “enthusiastic about Washington’s … steps towards isolationism” and those who are pro-Russia, warning there was “no coincidence” that these groups tend to be sceptical of plans for a federal EU superstate.

Bond Between America and Poland ‘Stronger Than Ever’ Thanks to Trump, Say Ambassadors https://t.co/TAEM9cUSiU

“The problem is that today, those who are cheering on nationalism in Europe, those who are betting on disintegration and conflict, will inevitably lead to an absolutely fundamental threat,” he said.

Speaking at what German state broadcaster Deutsche Welle described as “a gathering of intellectuals and politicians” in the city, the former Prime Minister of Poland also called on the country to overthrow Law and Justice (PiS), claiming the conservative government — which has previously been denounced by the New York Times for its “virulent anti-Communism”— consisted of “present-day Bolsheviks”.

The Civic Platform figure’s latest rantings against populism came after he lashed out at Viktor Orbán while speaking at the European People’s Party congress in Helsinki last week.

In a thinly-veiled reference to the Hungarian leader, who earlier this year promised his government was “[replacing] a shipwrecked liberal democracy with a 21st-century Christian democracy”, Tusk blasted that “no one has the right … to attack liberal democracy and its foundations”.

‘Polexit is Possible’: Eurocrat Says Poland Could Leave the EU Like Britain https://t.co/nD1yBpbN1K